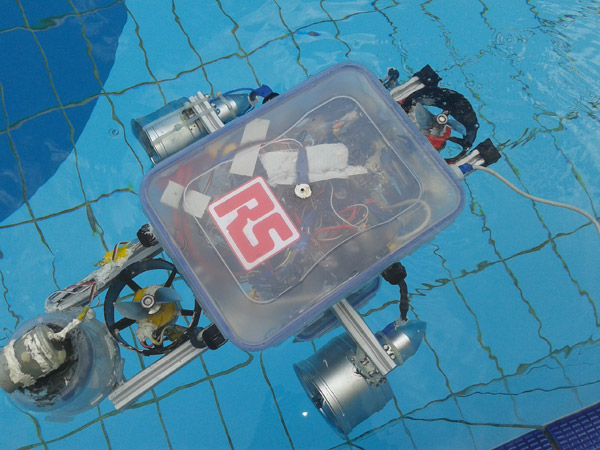 It seems that creativity knows no bounds when it comes to the Raspberry Pi: The US$25 credit card-sized computer has turned mixologist, powered an R2D2 toy robot and was even sent into near space.

Now, thanks to a group of National University of Singapore engineering undergraduates, the Raspberry Pi has also conquered water. Dubbed the Coconut Pi, the autonomous underwater vehicle (AUV) uses the Raspberry Pi for memory-intensive functions, while it relies on Arduino for precise control.

Sponsored by Raspberry Pi-seller RS Components, Team Coconut Pi took third place in the Singapore Autonomous Underwater Vehicle Challenge 2013. The AUV had to be able to identify and follow a black line and surface upon detecting a yellow floating ring.

In order to detect obstacles, Coconut Pi uses a webcam to “see”, while the Raspberry Pi is essentially its brains. The AUV is equipped with gyroscopes, accelerometers and magnetometers, as well as pressure and flow sensors.

Of course, Coconut Pi had to be completely waterproofed, but its S$1,000 (US$803.47) hull cracked a week before the competition. Running low on funds, the team floated a crazy idea and bought a simple S$20 (US$16.07) Lock & Lock plastic storage box.

For now, the undergraduates have no other plans for the Coconut Pi but may dismantle it for future robotics projects. Well, some might say that’s the way the Pi crumbles.