A Scrolling Twitter Display for a Wedding Using LED Matrix Link – As Seen on Adafruit Show-and-Tell! 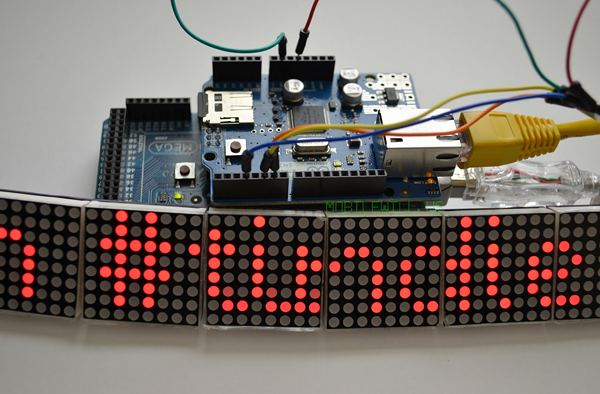 On the most recent Adafruit Show-and-Tell, Will Garrido shared more about his LED Matrix Link breakout and project that he has been working steadily on for some months in preparation for his upcoming wedding. (We have covered a few of his previous stories about this work-in-progress!) At this stage he is zeroing in on a working setup at his blog, MobileWill. And make sure to check out the updates to his post, including his discovery of an app for Android to act as a SMS to Twitter gateway for those who don’t have Twitter, a very useful find.

The main driving force to develop the LED Matrix Link was to display messages at my wedding in May. The idea was to have guests be able to send messages to it during the reception. I decided to use Twitter since most people use it and there are plenty of code examples to get me started. Good thing I have a Ethernet shield I got on clearance at Radio Shack, perfect project to put it to use. I am not sure this will be the final design since I have to figure out the best way to get Internet at the reception.

When I started writing the code I only had two LED Matrix Links to play with so I used the Arduino Leonardo. As I added more code for Ethernet and Twitter functions, I quickly ran out of SRAM so I needed to find a microcontroller with more SRAM in my stash. I had two options, the Arduino Mega 2560 or the Arduino Due Beta. I quickly ruled out the Arduino Due for now since it is 3.3v even though the Ethernet Shield will work as the MAX7219 needs 5v. (It turns out I could use the AS1107 which only needs 2.7v but I would have to swap out the 33k resistor for a lower value to maintain brightness.) So the Arduino Mega 2560 it is!

Mixing code from this project (http://www.mobilewill.us/2012/10/new-project-sneak-peek.html) and this forum post I was able to get a tweet based on a hashtag search to show up on the display. The code uses a unauthenticated API so this limits how many times you can query Twitter per hour. Generally you don’t want to do more once or twice per minute. My first thought was I am sure sometimes I am going to get more than one tweet per minute. Hmmm…. After some research and playing with the Twitter API I added a loop to read all of the tweets up to a certain time. So say you want the last hour of tweets it will keep reading tweets from the Ethernet stream until the time-stamp is an hour prior to the first received tweet. This helps limit the memory used and allows you to cycle those tweets on the display…. 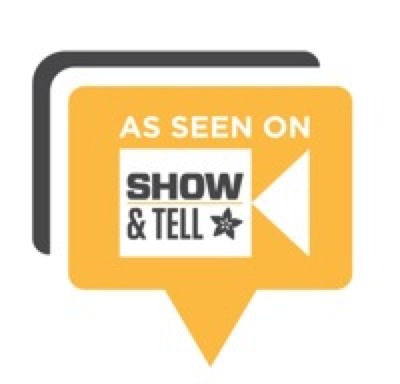 Filed under: leds-lcds, show and tell — by Matt

Comments Off on A Scrolling Twitter Display for a Wedding Using LED Matrix Link – As Seen on Adafruit Show-and-Tell!