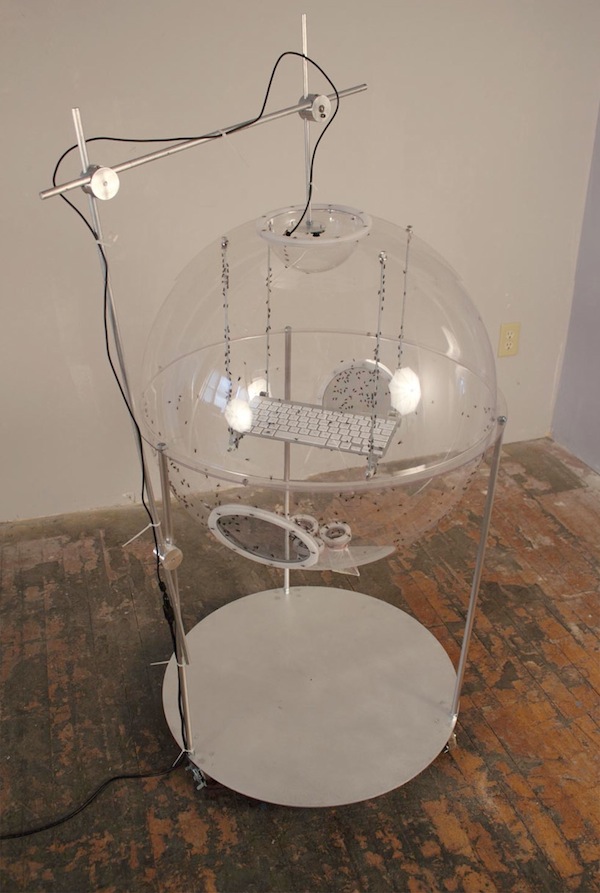 This device sends twitter messages based on the activities of a collection of houseflies. The flies live inside an acrylic sphere along with a computer keyboard. As the flies move and interact inside their home, they fly over the keys on the keyboard. These movements are collected in real-time via video. When a particular key is triggered by the flies, the key’s corresponding character is entered into a twitter text box. When 140 characters are reached or the flies trigger the “enter” key, the message containing the accumulated characters is tweeted. Thus live twitter messages are perpetually sent in real-time based on the simple movements of the community of houseflies. These constantly accumulating messages appear as records of random activity within the larger sphere of social media and networking.

Filed under: art — by molly