Now here are some wedding vows that the Adafruit crowd can get behind — soldering a project together that lights up to say “I DO” as a metaphor for the marriage contract. Fascinating! From Bill Porter’s blog:

When it came time for Mara and I to draft our wedding ceremony we pondered how we could incorporate an element from our theme. We had 4 days to go and only some vague ideas. Mara bought some wood letters to spell out ‘I Do’ and wanted to use them in the ceremony. We also joked about using a soldering iron during the ceremony; but how could we do it tastefully? Then it hit us, a common wedding ceremony know as the “Fishermen’s Knot” could be reworded for something a little more geeky. Yes, we really did solder some wires together in the middle of our wedding, with a Weller soldering iron Mara bought me for a past birthday no less. And you won’t believe what PCBs came in handy for the build…

Ok, this post will be short because this project was thrown together 4 days before the wedding and we didn’t have time to stop and document the steps. We were set to get married and still had a lot to do, as evident by the mini-maker space we created in my parents house (see below).

Mara bought the letters at a local hobby store. I sketched out a rough outline of evenly spaced LEDs and went to work creating the holes with a drill press. A coat of blank paint and then my best man Dan went to work soldering wires to all those LEDs. Next we had to figured out a way to control those LEDs. In a pleasant case of coincidence, the boards I hijacked to ask my bride to marry me 2 years ago were designed to control large numbers of LEDs. Yes, the boards that asked “Mara Will You Marry Me?” were used to run letters that said ‘I Do’ during our wedding ceremony. 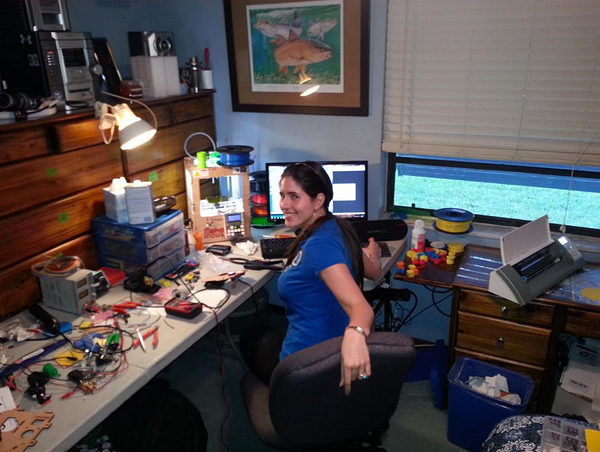 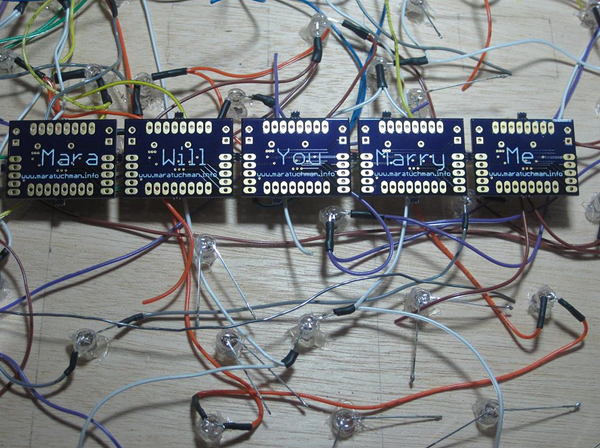 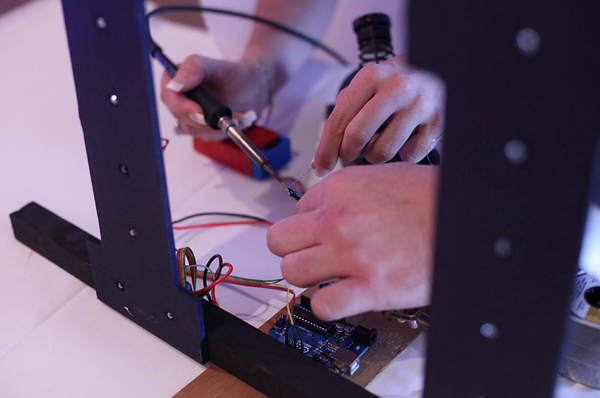 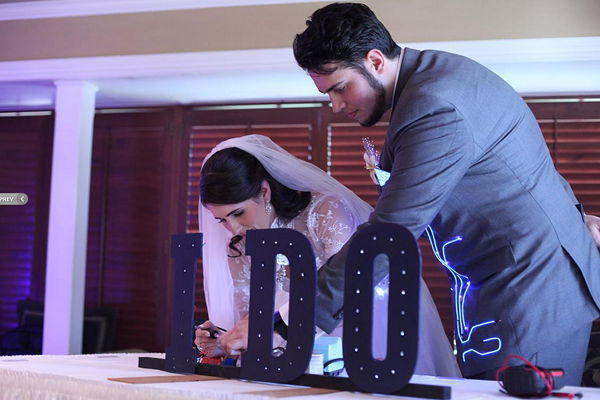