47 Raspberry Pi Projects to Inspire Your Next Build 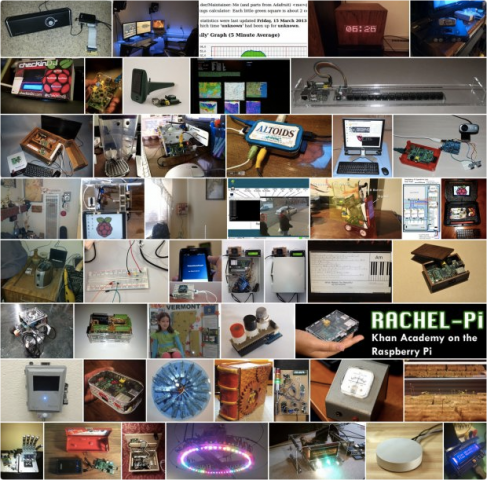 47 Raspberry Pi Projects to Inspire Your Next Build via Nick Normal:

If you’re looking for inspiration for your first Raspberry Pi project, look no further than the several dozen projects entered in the first ever Raspberry Pi Design Contest, sponsored by MCM Electronics. All the projects were entered into one of four categories – Artistic, Educational, Enclosure, and Utility – and are now competing for five prize packs, including a Printrbot Jr. 3D printer to be awarded to the grand prize winner.

It’s been just over one year since the initial release of this single-board computer, and already makers have made some incredible projects with it. The Pi is the brain behind multiple home security systems; it is responsible for collecting and displaying data; the Pi has been used as an educational tool for music, mathematics, and geography, among other subjects; artists are building interactive and crowd-sourced installations; enclosures for the Pi range from simple to complex, with all-in-ones emerging as a sub-genre all their own; the Pi can control and automate various systems around the home or office. And so on.

Judges are now reviewing these projects based on their documentation, project success, and unique application. The winners will be announced on or before April 25th. Good luck to all participating makers, and click the button below to view all the projects and their descriptions. Links to each entry can be found after their description if you want to read up more on a specific project.