We’ve shared about Ray Wang’s OpenSprinkler project before — and now he has introduced a new Raspberry Pi version of his project that is well worth taking a look! From his new Pi.Opensprinkler site:

OpenSprinkler Pi (OSPi) is an open-source sprinkler / irrigation extension board for Raspberry Pi (RPi). It is based on the design of OpenSprinkler, but its ‘brain’ is an RPi instead of an AVR microcontroller.

The idea of OSPi first came when I noticed that many users were setting up RPi to work with OpenSprinkler. There are good reasons to do so, for example, to enable logging, to customize the default Javascript files, and to allow more advanced features such as weather-based and learning-based control. OSPi is designed as an extension board that makes use of RPi’s GPIO pins to directly control sprinkler valves, without an additional layer of microcontorller and Ethernet controller. In other words, it is a circuit board that allows an RPi to directly interface with sprinkler valves.

Circuit Design. The circuit of OSPi is a subset of the OpenSprinkler and consists of a 24VAC to 5VDC switching converter, a shift register, triacs, DS1307 RTC and backup battery. OSPi makes use of four of RPi’s GPIO pins to control the shift register, and two I2C pins (SDA, SCL) to interface with the built-in RTC. It can provide regulated 5V power to RPi with up to 600mA output current, which is sufficient to drive Raspi with an USB WiFi dongle. Connection from Raspi to OSPi is done through a 3-pin cable (providing 5V to Raspi) and a 8-pin cable (connecting GPIO pins and 3.3V power from Raspi).

Enclosure. OSPi uses the same enclosure as OpenSprinkler. To do so, you first secure the RPi to OSPi by leveraging the onboard copper separation pillars and screws, then fit the two of them together into an existing OpenSprinkler enclosure. The RPi’s SD card will stick out of the case, but everything else (including the WiFi USB dongle) will be fully enclosed.

Zone Expansion. Similar to OpenSprinkler, a single OSPi controls 8 stations, but there is a built-in shift register connector which allows it to be linked to zone expansion boards to enable more stations. Unlike OpenSprinkler (which has a limited amount of non-volatile memory), OSPi does not limit the number of stations — you can go up to a large number of stations, limited only by your SD card size. For instructions on how to connect OSPi to zone expansion boards, please check the online user manual.

You may be trying to choose between OSPi and OpenSprinkler, and curious about their differences. Here is a detailed comparison. OSPi is based on Raspberry Pi (RPi). In order to use it, you must have an existing RPi and install the necessary software. There are three proof-of-concept demo programs as shown in the video above. Full-featured program is not available yet, but will become available soon. Note that we do not sell RPi directly — you need to purchase it separately (due to its popularity, it’s often out of stock). So OSPi is currently targeted towards users who have RPi, and have some prior experience with it.

OpenSprinkler, on the other hand, is based on the AVR microcontroller. It comes with a full-featured firmware and works out of the box. It does not require any additional hardware or controller board. It has a built-in LCD display and push-buttons. We also provide a DIY version of OpenSprinkler, allowing you to build the controller from scratch.

If you are interested in modifying the programs yourself, OSPi would give a lot more flexibility. Since OSPi is based on RPi, so you can use any of your favorite programming language, be it Python, PHP, C++, Java, etc.; OpenSprinkler, on the other hand, is based on Arduino, or you can directly use avr-gcc too.

The other features are pretty much similar: both have a 24VAC to 5VDC conversion circuit, RTC and backup battery, Ethernet jack, zone expansion board connection, and both use the same OpenSprinkler enclosure. To enable WiFi, on OSPi you can use a WiFi USB dongle, on OpenSprinkler, you can use a portable WiFi adapter / repeater…. 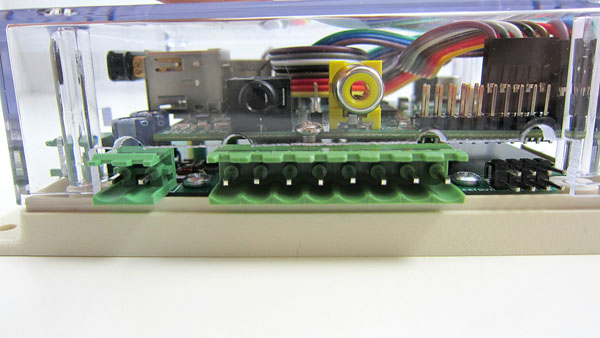 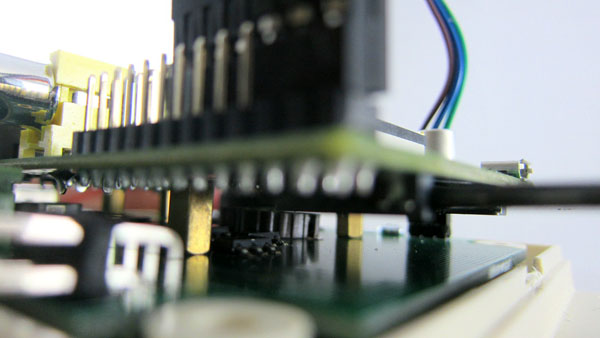