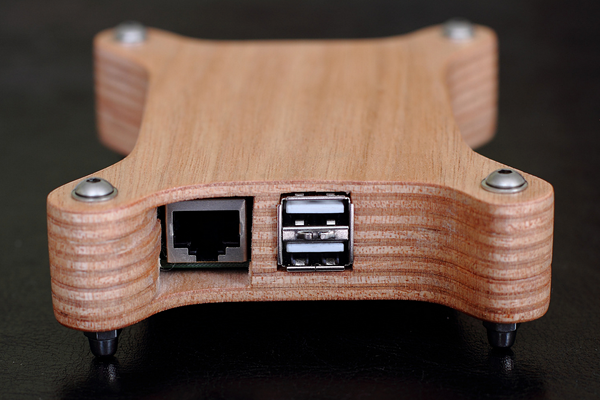 Check out this excellent Plywood RasPi (or “PlyPi”) shared with us by Stephen:

So small, and yet so full of potential.  Certainly doesn’t come with any instruction manual but there’s plenty of opinion floating about online (and in forums a lot less scary than Mumsnet).  This is my baby.  And I’m already so so proud…

So here we have it – 3mm plywood layers cut carefully on my rusting, aged scroll saw. Honestly, it shook so much I expected it to fall apart. I will hopefully upgrade the machine at some point which would make the whole thing easier (poor cutting depth meant I could only cut one layer at a time). The eight layers were split 3/5 and glued to form the top and bottom. I ‘temporarily’ glued the two layers together with Tesco own brand pritt stick, only to find afterwards that it was the strongest glue in the world! With the case in one block I was able to sand it down to even up my poor cutting and, after drilling the four bolt holes, finish to 400grit. It was then (eventually) split into the two halves and coated with sanding sealer and wax to keep it looking as natural as possible. In the original design I’d been thinking about a flower press and had intended to use wing nuts on top. However when I fitted some temporary (too short at 25mm) machine screws, I was rather taken with the look. So the case was finished with 30mm M4 stainless button head bolts with stainless washers and dome head bolts (which then acted as feet). It’s easy to undo the dome heads with your fingers and then gain access to the Pi.

Close-ups of nuts and bolts and an image showing the split PlyPi and fixings. I had thought about leaving a hole to view the LEDs, but as my initial use will be less experimental (globally speaking – it’s pretty experimental to me!) I don’t see this as a great problem. As it is, I like the simplicity. Frankly I think it’s prettier than anything Apple could do. 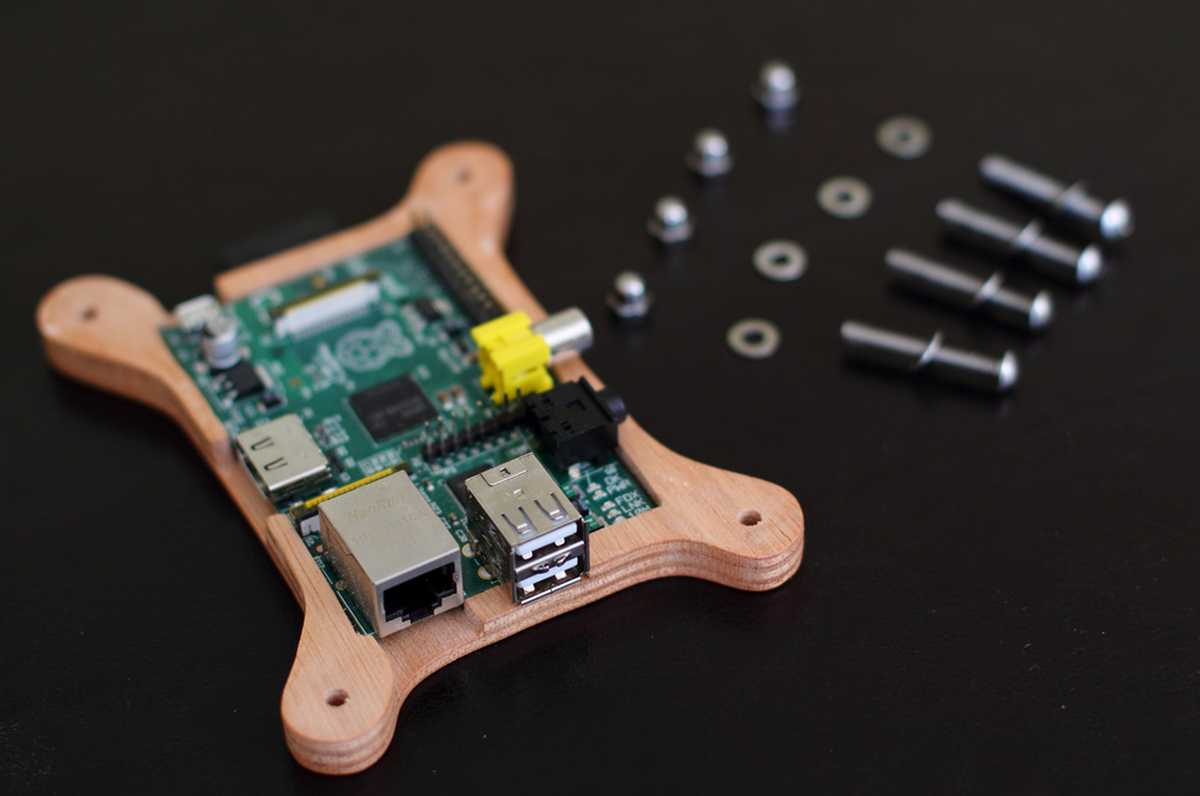 Comments Off on The PlyPi Handmade Case #piday #raspberrypi @Raspberry_Pi