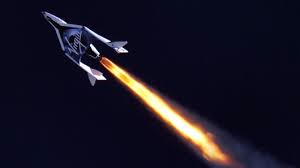 “Crowdsourcing The Final Frontier” from the Forbes Entrepreneurs Blog:

It’s been an interesting few months for the commercialization of space.

The challenge marks the first time an open source methodology has been applied to the commercial space industry. The hope is that these next wave rockets will democratize the growing low-Earth orbit small-payload delivery market and, ultimately, disrupt the entire space transportation space.

The idea that this will happen sooner rather than later is not even a stretch. Remember it took Chris Anderson and his cohorts at DIY Drones about a year’s worth of open source work to create an autonomous quadcopter that duplicated 90 percent of the military’s $250,000 Raven, except that they cost about $300 dollars.

Meanwhile, the 3D rocket contest announcement was followed a few weeks later by the next bit of space news: the April 19 launch of SpaceX’s Grasshopper rocket…

Comments Off on Crowdsourcing The Final Frontier #3dthursday