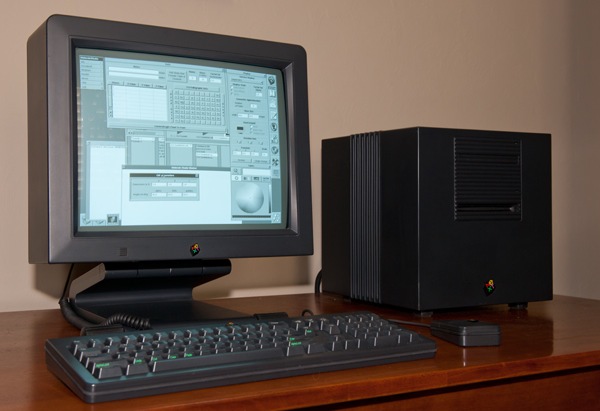 NeXT Computer (the original 68030 cube) was a high end workstation that was manufactured between 1988 – 1990. Back then it was a very expensive machine as a complete system would start at $6500 (in 1988 dollars). The machine is a 1 foot cube magnesium case that houses the computer. At the time, its performance was impressive, with a Motorola 68030 CPU running at a screaming 25Mhz, a dedicated floating point CPU, and a digital signal processor built into the system. NeXT cubes featured a magneto-optical drive that stored a whopping 256 Megabytes (by comparison, high end Mac systems at the time might have featured a 20 Megabyte hard drive.) In its day, this was the “Ferrari” of desktop systems!

NeXT championed many technologies into the workstation arena, such as object oriented programming principles, UNIX with a refined user interface, and the ability to work with CD quality sound files. The Operating System evolved into Apple’s MAC OS X, portions of which exist in the iPhone and iPad. The development language, Objective-C, is still the same programming language used for iPhone Apps. A few GUI icons from the NeXT era remain in today’s Macs, such as the small camera icon displayed when performing a screen capture.

A claim to fame is that the world’s first web server and browser was written by Tim Berners-Lee at CERN using a NeXT cube, marking the introduction of the World Wide Web in 1990. That same cube has been restored and a I understand it’s at MIT today.

While NeXT was a technological success, it was a commercial failure (at the time), focused on the academic market with a price point that was simply too high. Ultimately however, NeXT may have been a huge commercial success, as its technical incorporation into Apple became OS X and further evolved into today’s iOS platforms. 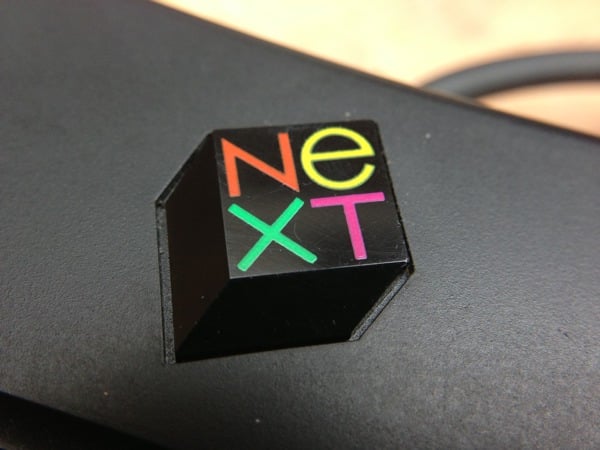 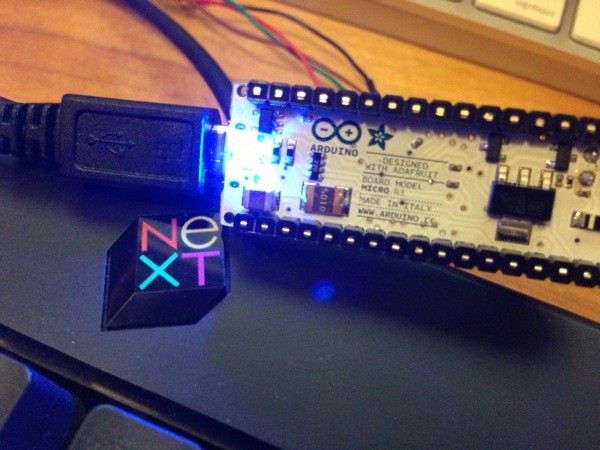 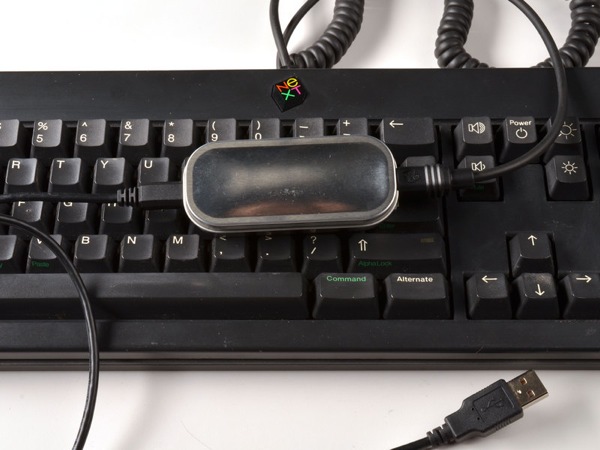 Hack! USB NeXT Keyboard with an Arduino Micro @arduino #arduino #NeXT.

Ladyada and pt had an old NeXT keyboard with a strong desire to get it running on a modern computer. These keyboards are durable, super clicky, and very satisfying to use! However, they are very old designs, specifically made for NeXT hardware:, pre PS/2 and definately pre-USB. That means you can’t just plug the keyboard into a PS/2 port (even though it looks similar). In fact, I have no idea what the protocol or pinout is named, so we’ll just call it “non-ADB NeXT Keyboard”

There is no existing adapter for sale, and no code out there for getting these working, so we spent a few days and with a little research we got it working perfectly using an Arduino Micro as the go between. Now this lovely black deck works like any other USB keyboard. Sure it weighs more than our Macbook, but its worth it!