Forbes: “3D Printing Could Be A Boon For Small Business” #3dthursday 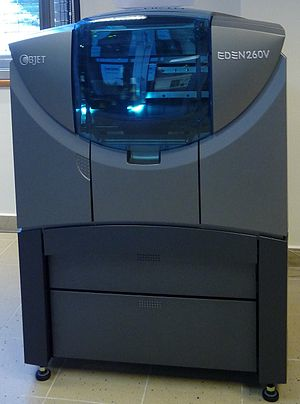 From Forbes blog: “3D Printing Could Be A Boon For Small Business” by Natalie Burg:

For small businesses that make things and for entrepreneurs who dream of doing the same, the greatest challenge is almost always the cost of technology for turning an idea into a tangible product.

Often, the chore of even creating a prototype is so daunting, great ideas are simply left on the table.

That common obstacle is exactly why 3D printing technology is a potential game changer for small business. While manufacturing was once a big money, big business proposition, these new gadgets can put the power of prototyping and one-off manufacturing into the hands of the little guy. With one machine and a digital design, 3D printers can build a three-dimensional object of virtually anything right on the spot.

The Advent of Affordability

One of the most surprising things about 3D printing — besides what they can do —  is that the technology isn’t actually new; it’s just newly affordable.

According to Bloomberg Businessweek, the large, industrial versions of 3D printers are now as relatively inexpensive as $5,000, though some cost as much as $1 million depending on their capability, and can print in a variety of materials.

The market for 3D printers is currently at about $1.7 billion. Contributing to the affordability of the more basic models has been a consolidation of the industry, with mergers between rival 3D printing companies, as well as hardware, software, and design businesses.

“As so often happens with industrial-grade technologies,” writes Ashlee Vance for Businessweek, ”3D printing has flowed downstream to consumers.”

One example is a product by 3D Systems called the Cube, an inexpensive and pre-assembled 3D printer for beginners.

“For $1,299,” says Vance, “anyone can now buy a 3D printer, hook it up to a wi-fi network, and begin downloading files that will turn into real objects.”

What that means for small businesses is only limited by the imagination of each entrepreneur.

CNBC.com presents the example of London-based toy company Makielab, which has allowed customers to design and create their own real-life dolls with 3D printing technology.

“It is a big deal, especially for designers,” says Andrew Sissons of the Work Foundation to CNBC, highlighting the power of bypassing all of the middlemen normally standing between a designer and his or her end product. “These days you can just start websites, get a 3D printer, start making it, and start selling it to people.” …

Comments Off on Forbes: “3D Printing Could Be A Boon For Small Business” #3dthursday