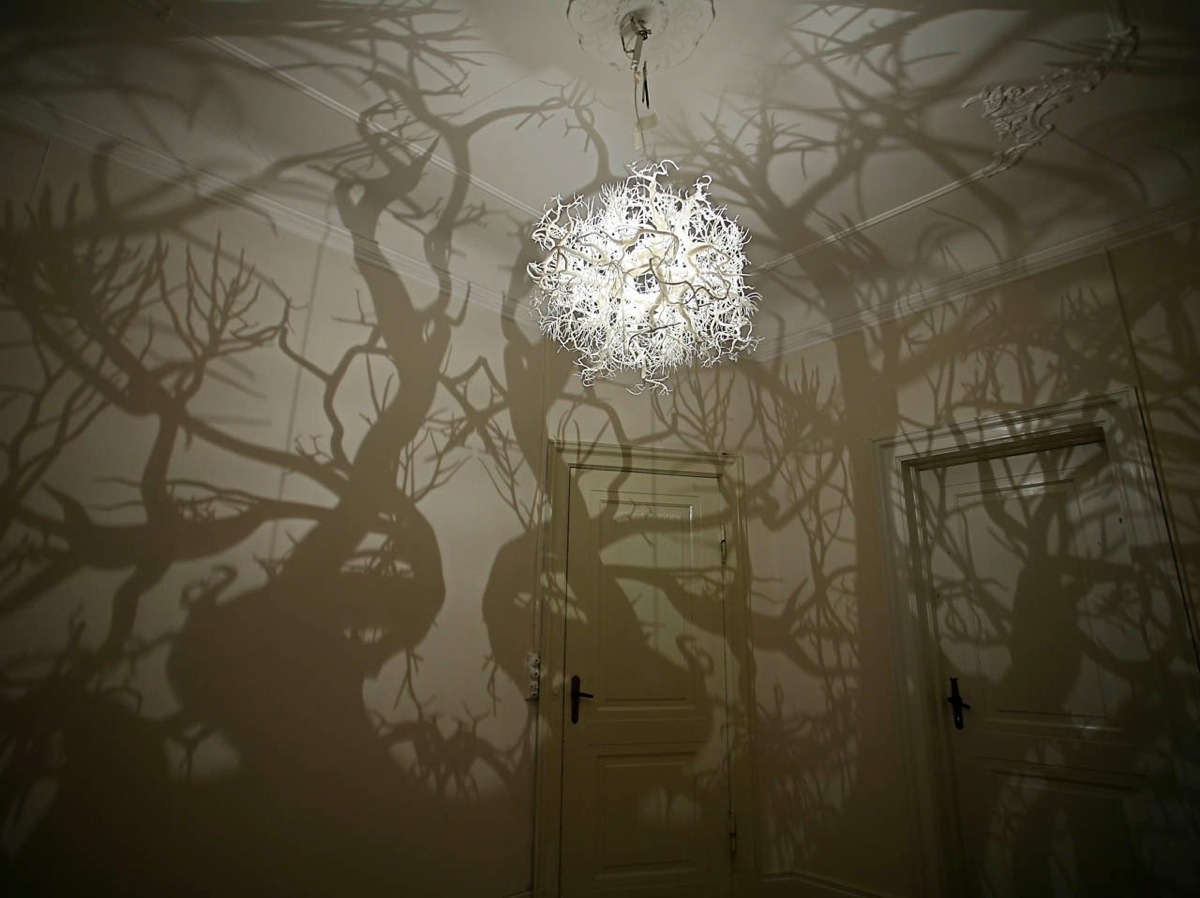 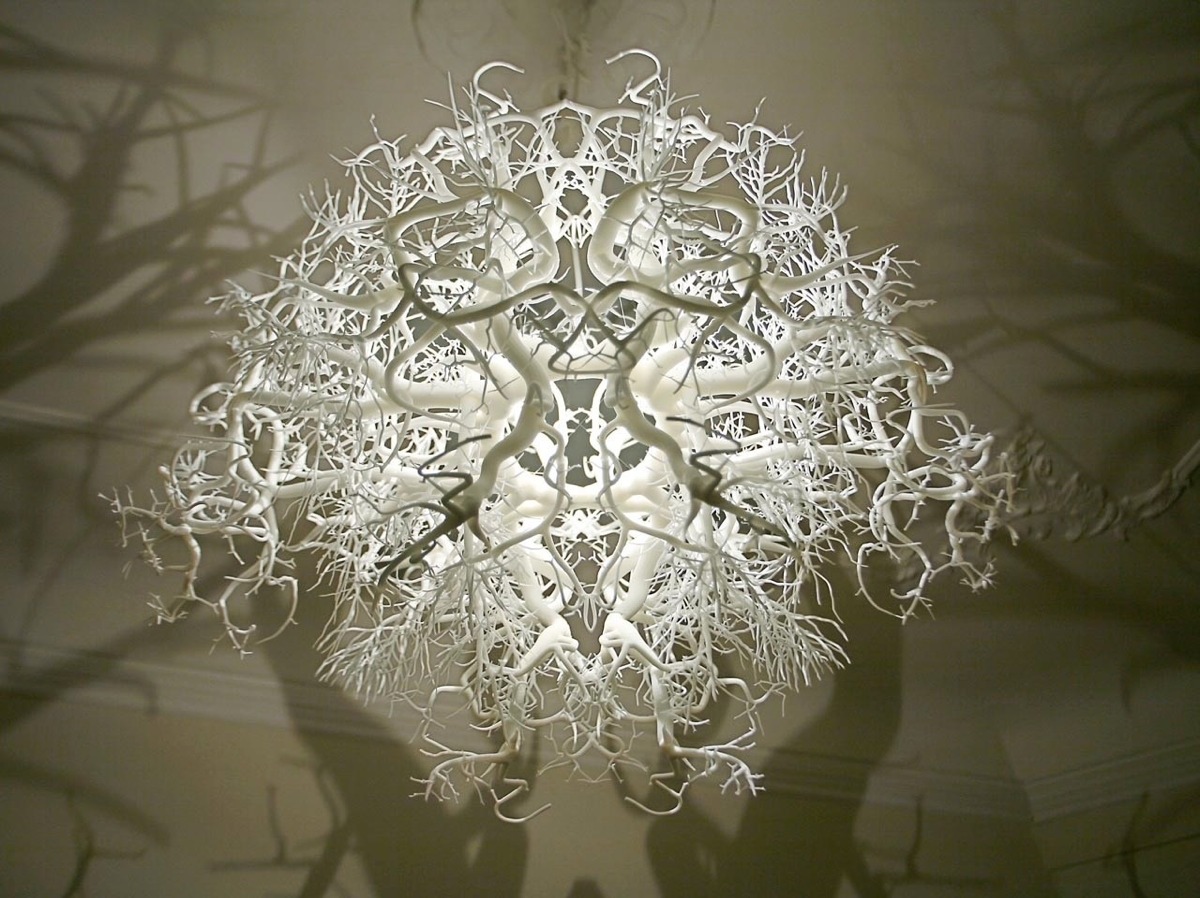 Forms in Nature | HildenDiaz via colossal.

The Light sculpture Forms in Nature resembles Darwinist Ernst Haeckel’s drawings . Using a simple action, such as intensifying the brightness at the center of the artwork, the light transforms the space and adds character, as the work throws oversized shadows onto walls and ceilings in the space in which it hangs.

The light sculpture Forms in Nature is partly inspired by Ernst Haeckel’s (1834- 1919) detailed plots from nature and is a further development of Hilden & Diaz’ fascination with mirrorings, as they have previously applied in other artworks.
Forms in Nature is a artwork with a light source surrounded by a dense and unruly tree and root system created in minature sculpture. The forest is mirrored around it’s horizontal central axis and forms a circle 360 degrees around the light source and thereby leads one onto the notion of a real world versus an underworld.