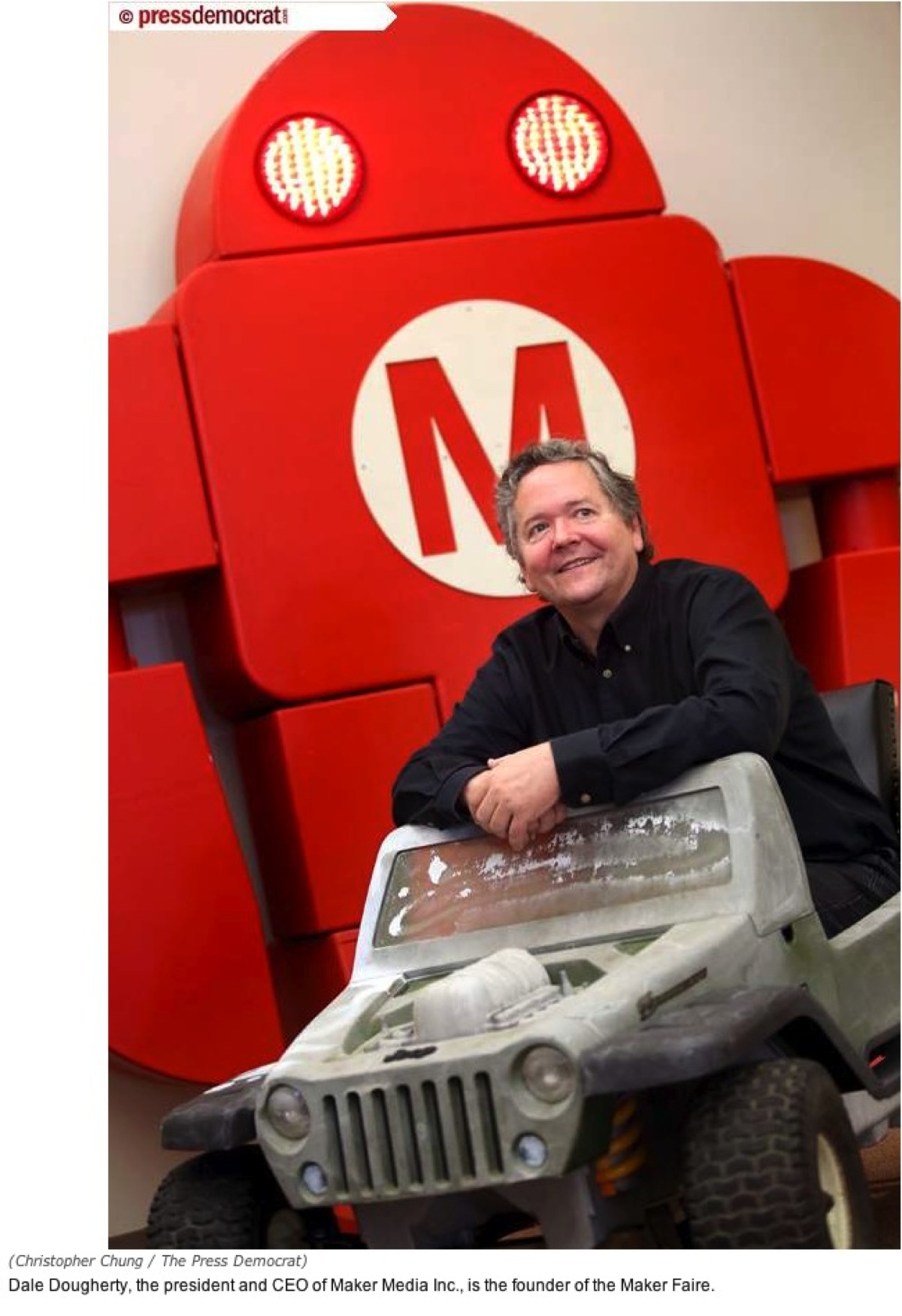 He’s been welcomed into the White House for recognition of his achievements as an innovator and agent of change. He co-founded a couple of cutting-edge businesses. And he was key to the creation of a madcap, hands-on festival that’s being emulated around the world.

It would appear that Dale Dougherty has it made. The truth is, he prefers to make it himself.

This is an especially busy week for the kinetic Sebastopol resident, who has just turned 58, as he prepares for the weekend’s Maker Faire in San Mateo. Dougherty and the fair and his Make magazine and Maker Media, a spin-off of O’Reilly Media, all pursue the same end:

To rekindle in post-industrial homo sapiens the primordial urge to tinker, create and advance the state of things we make with our hands and imaginations, and the technological extensions thereof.