The artificial nature of the seed – seed corn corn plastic – therefore, poses a paradox of no easy solution for the design of the artificial and the natural copy. In the seed represent both the natural and the artificial, the original and the derivative, and she staged the tensions inherent in these distinctions. The seed sown our piece is not “really” a corn seed, but has its origin (material) in it.

The corn becomes mythical origin of several villages just at that moment it ceases to be completely natural, moving to also be a cultural entity, a device eminently defining human activities such as agriculture. Somewhere between the natural and the artificial, the domestic maize both the farmer and to the cornfield. But agriculture staging the polymer Milpa is also artificial in a second sense, mechanized agriculture. The piece itself is a mechanism biotechnology.

In its center, a robot tractor spirals, artificial seed sowing. The sterile seeds gradually fill the space spiral, turning the earth into grow-in economic and cultural artifact, but in a grow sterile plant that never result in any. So is staged the complex relationship between the natural and the artificial, the origin and originated.

Seeds that are printed are polylactic acid (PLA) thermoplastic biopolymer made from corn. Due to its biodegradability and biocompatibility barrier properties, it has found numerous applications biopolymer. While proponents argue that it is compostable, actually breaks down in less than 90 days, carbon dioxide and water, but in a controlled environment, as used by large waste processing plants. In a traditional landfill, there is no evidence to disintegrate faster or more completely than PET or any other form of plastic. Much of the corn used to produce PLA is genetically modified.

The piece seeks to highlight one of the dimensions of the phenomenon biotechnology: its economic dimension, making tangible the intangible aspect of biotechnology. The movement creation / culture is a spiral movement (and, therefore, without beginning, ie without origin) literally dictated by commercial behavior of commercial products of biotechnology – and, in strict sense, by perception market value of these. Instead the farmer driving the tractor, machinery moving it obeys the designs of the market. Without being your engine literally, the commercial aspects of biotechnology guide the tractor, but do not make a direct, but mediated through sound, which makes it tangible, but transitory. Using wireless communication technology, data exchange on the market communicate with the tractor in the field and affect processing and printer engine.

Traditionally, art, nature used to play the role of the original model, which the art piece, epitome of artificial entity, was the copy. Giorgio Vasari art expresses this view as follows: “The Art owes its origin to Nature herself … this beautiful creation, the world, gave us the model, while the divine intelligence was the original master, which created us as beings superior to other animals, more like God himself – if I dare say. “God himself is the first teacher and the first artist, his creature’s primal nature. In the polymer Milpa , by contrast, the nature that serves as a model for the work is not the natural naturans but domesticated nature in a symbiotic relationship with technology. The corn polymer Milpa like corn cornfields of all the country, not the corn “original”, not a corn state of “pure nature”. Is the current corn, field corn technologized, corn biotechnology.
Text: Ex Machina BIOS 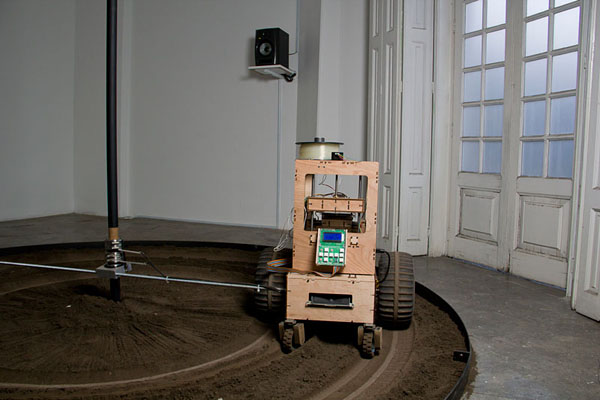 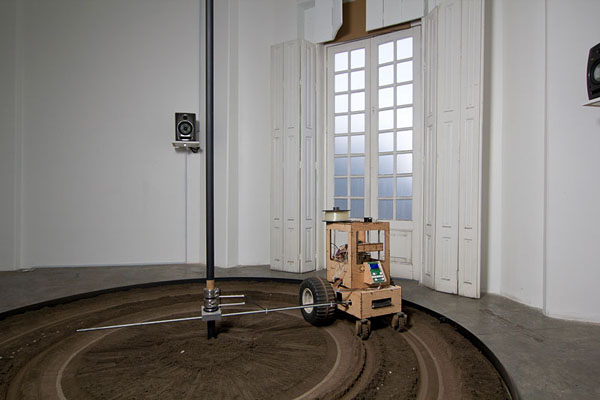 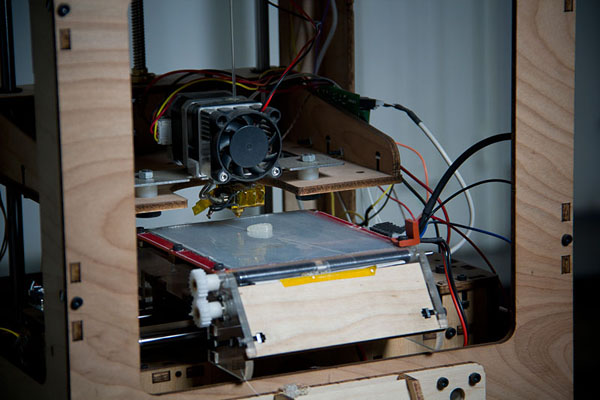 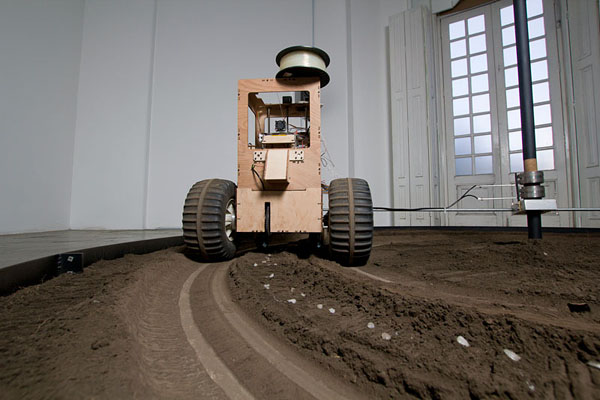