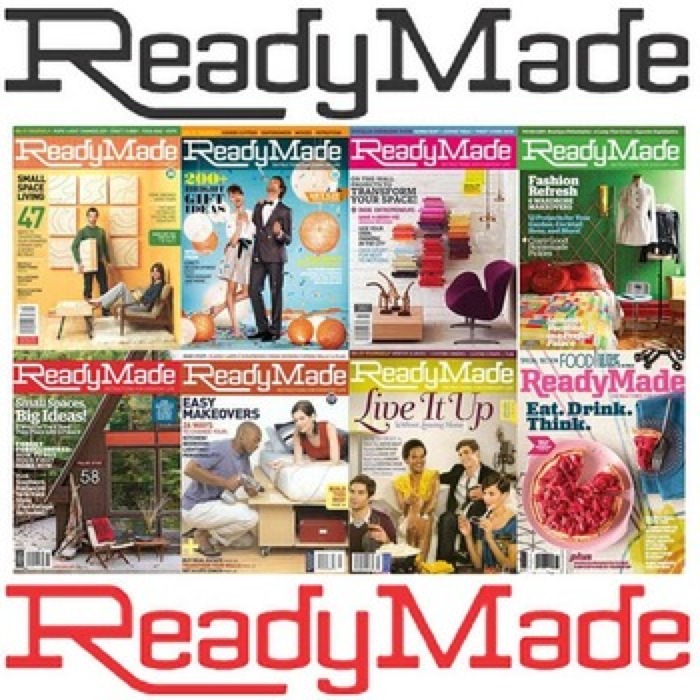 ReadyMade was founded by chief editor Shoshana Berger and publisher Grace Hawthorne in Berkeley, California. The inaugural issue was published in Winter 2002, with quarterly issues produced until the magazine moved to bimonthly issues with the March/April 2004 publication. In 2006, the Meredith Corporation purchased the magazine. In January 2009, Meredith announced it was relocating the magazine’s creative staff to Des Moines, Iowa due to company-wide budgetary concerns (though the ReadyMade title itself was reportedly successful). None of the editorial staff chose to relocate, and Better Homes and Gardens executive editor Kitty Morgan assumed editorial duties for ReadyMade on an interim basis. On June 16, 2011, ReadyMade announced on its blog that Meredith had discontinued the magazine.

Chris Anderson goes from WIRED to running 3Drobotics, MAKE Magazine is now a start-up spun off from O’Reilly, this is totally “inside baseball” but very interesting to watch the Maker movement “move” in various directions. We’re looking forward to Shoshana’s new project(s) at IDEO!