How big can the DIY and maker movement get? #makerbusiness 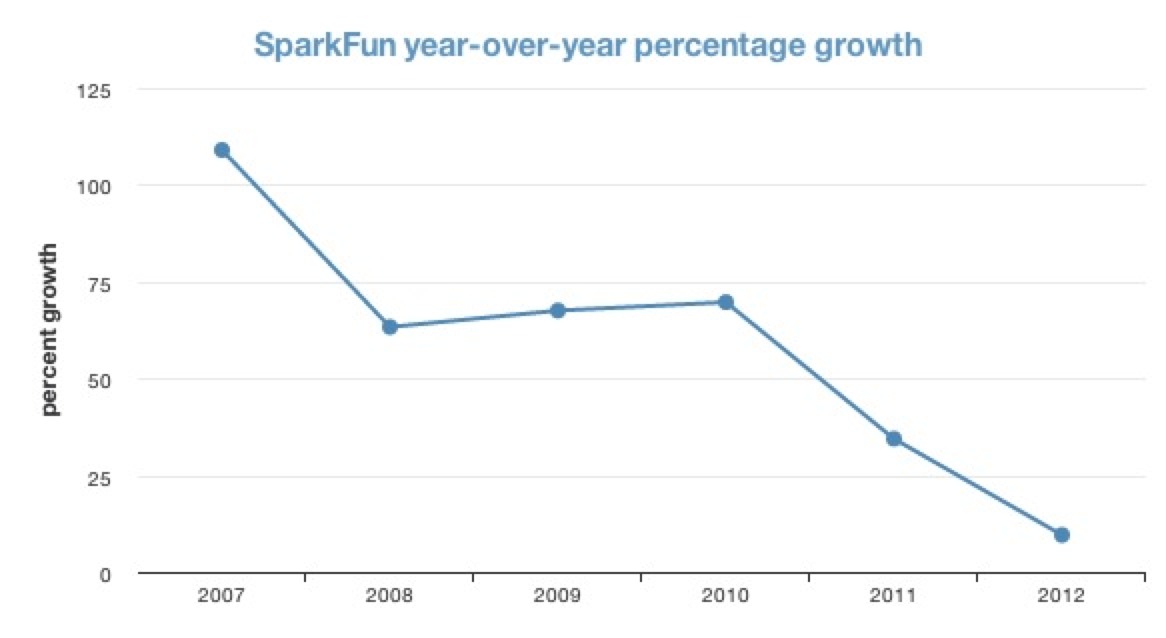 How big can the DIY and maker movement get? SparkFun wants to know.

The problem for SparkFun is that while it has experienced phenomenal growth, it’s also worried that it’s seeing a plateau. Lara Boudreaux, the project manager for the marketing department at SparkFun, said the company had sales of $27.5 million in 2012 but only grew 9.6 percent year over year.

The fear is that while the marketing interest in DIY and the maker movement is still high, the typical customer has been reached. Growth may now come from getting the established clientele to buy more. And while many DIY hackers are willing to spend on their hobby, growing in a saturated market is tough.