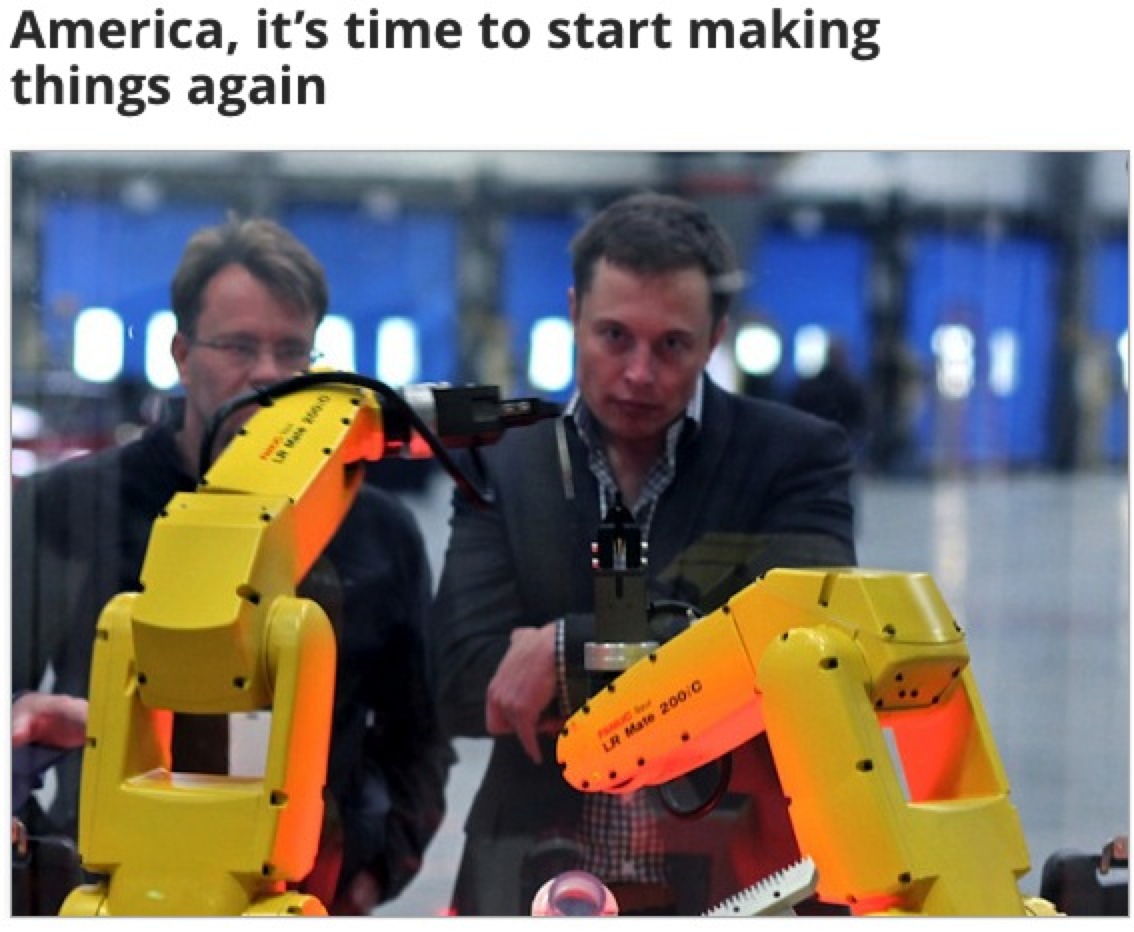 The Founding Fathers were do-it-yourselfers, from Jefferson’s explicit idealization of the self-sufficient yeoman farmer to Franklin’s intrepid experimentation with electricity. Over the centuries, a return to this kind of independent DIY spirit has helped fuel the Industrial Revolution, the radio era of the early 20th century, the hippie movement (the part of it exemplified by the Whole Earth catalog, anyway) and punk rock.

Along the way, America became the greatest industrial nation on Earth, creating airplanes, cars, electronics, computers, and eventually the Internet.