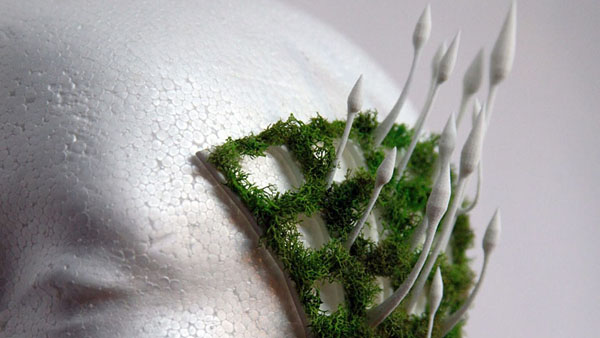 3D-Printed Parasitic Fungus Chic, from ANIMAL. And for context for the cordyceps, check out the nature video below to learn more!

For her ITP class project, NYU student/designer Xuedi Chen used 3D-printing software and chia seeds to spawn these mossy fashion accessories. Their origins are somewhat grotesque: The Invasive Growth Series was directly inspired by a parasitic fungus. The cordyceps operates by infecting an insect with spores, growing inside the insect while performing a sort of “mind control” that forces it to clasp onto a plant just in time for the cordyceps to burst through its body and grow upward. It’s pretty badass.

“I printed it on a Makerbot in three pieces, curved them by hand and joined them together,” Chen explains. “Through all of this I had this idea of growing moss on it as another level of the creeping invasive nature of cordyceps and organic growth. I guess for someone who doesn’t wear a lot of jewellery, I view them with a bit of a parasitic nature.” 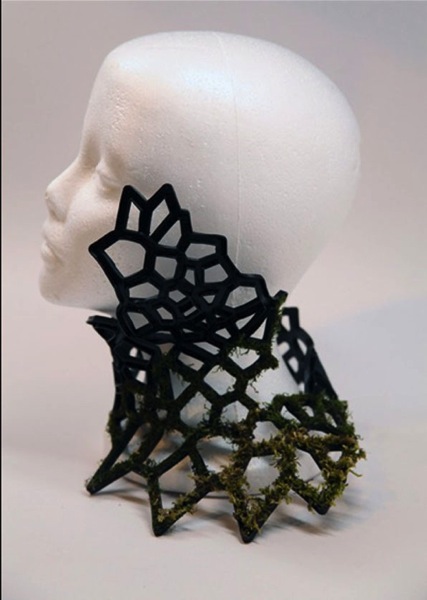 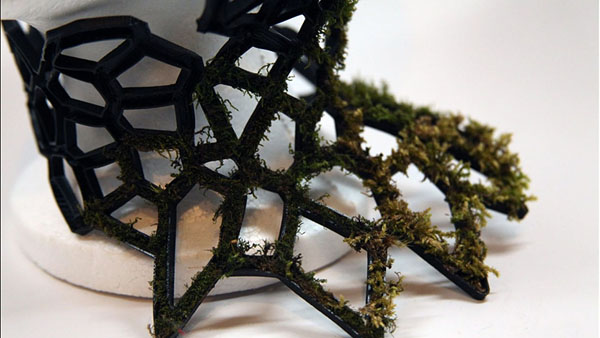