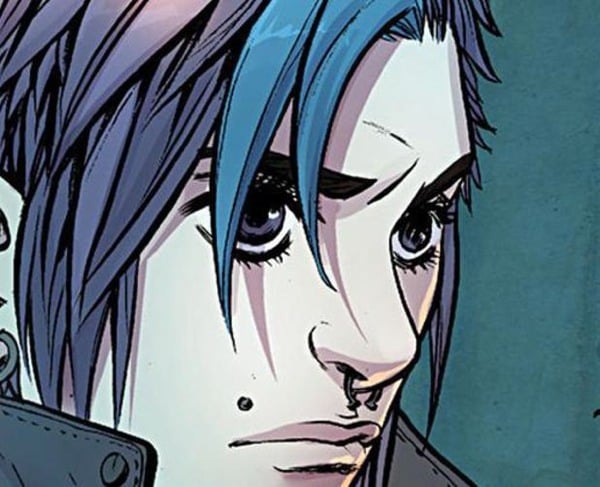 Harper’s father had a habit of breaking things, then would disappear for stretches of time. During this time Harper would fix the things her father broke. Harper claims that her earliest memories are of watching the building super strip and graft wires, and fix things that seemed beyond repair. Harper soon developed a talent for fixing things herself. Her relationship with her father is stated to have been abusive, as she lists herself and her brother among the things he would break. Eventually Harper applied for emancipation. After achieving this, she moved out, taking her brother Cullen with her, and applied for a job with the city electrical engineer, and gets a job doing maintenance on the city’s electrical grid.

“A young, punky Gotham City electrical engineer who wants to assist Batman in repayment for protecting her brother and her from an assault, much to Batman’s frustration.

She makes her own taser. She’s not the official Robin yet, but likely in a few months, there is a lot of internet debate about that.