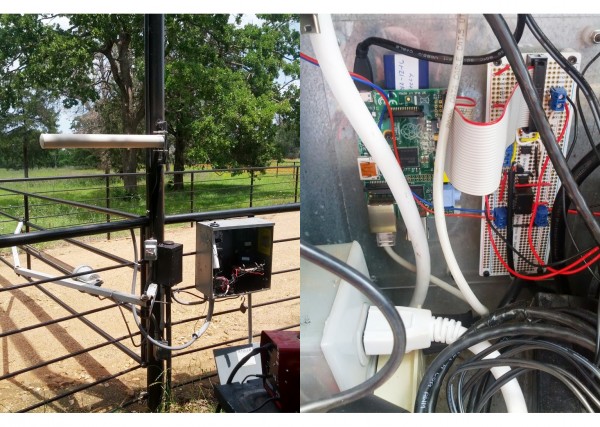 My brother, Kelly Snyder and I have been playing with Pis for a while now and are always looking for some fun projects to do. One day we came up with this one and it has been not only fun but also useful.

A little background… Our parents live in the country and have an electric gate at the front of their property. They lock the gate open in the morning and then close it again at night before they go to bed. The problem was they had to drive out to the gate to get close enough for the remote control to work. In comes the Pi.

We thought we could allow the opening and closing of the gate from a web page served up on their LAN. We added the ability to automatically lock open the gate (this requires you to press the remote control button before the gate is fully opened.) We add the ability to turn on and off the light at the gate. We also added a fan to the box to help keep the Pi as cool as possible during the hot summer months. 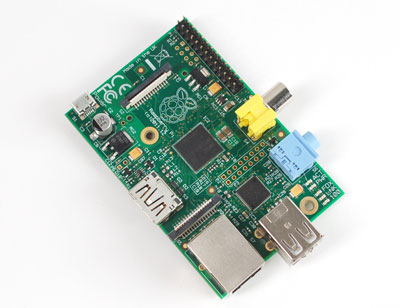 Raspberry Pi Model B 512MB RAM – The Raspberry Pi® is a single-board computer developed in the UK by the Raspberry Pi Foundation with the intention of stimulating the teaching of basic computer science in schools. The Raspberry Pi is a credit-card sized computer that plugs into your TV and a keyboard. It’s a capable little PC which can be used for many of the things that your desktop PC does, like spreadsheets, word-processing and games. It also plays high-definition video. The design is based around a Broadcom BCM2835 SoC, which includes an ARM1176JZF-S 700 MHz processor, VideoCore IV GPU, and 128 or 256 Megabytes of RAM. (read more)