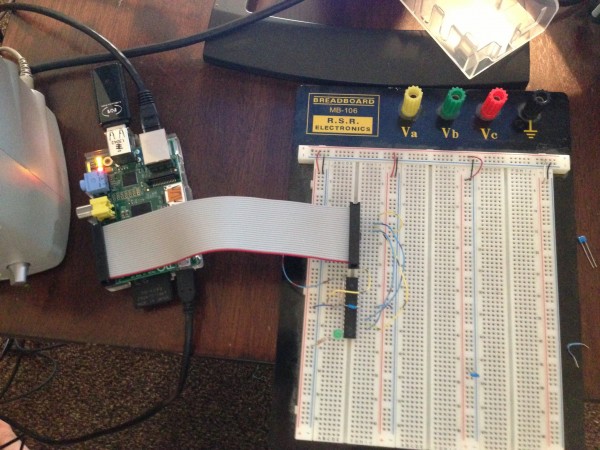 Kevin added a Pi SPI driver to his AVRdude fork! Hope this gets rolled into the main
distro 🙂

Recently, I got my hands on a Raspberry Pi and one of the first things I wanted to do with it was to turn it into my complete AVR development environment. As part of that I wanted to make avrdude be able to program an AVR directly from the Raspberry Pi with no programmer. I know there is this linuxgpio programmer type that was recently added, but it is so recent that it isn’t yet included in the repos and it also requires a compile-time option to enable it. I noticed that the Raspberry Pi happens to expose its SPI interface on its expansion header and so I thought to myself, “Why not use this thing instead of bitbanging GPIOs? Wouldn’t that be more efficient?” Thus, I began to decipher the avrdude code and write my addition. My hope is that things like this will allow the Raspberry Pi to be used to explore further embedded development for those who want to get into microcontrollers, but blew all their money on the Raspberry Pi. Also, in keeping with the purpose that the Raspberry Pi was originally designed for, using it like this makes it fairly simple for people in educational surroundings to expand into different aspects of small computer and embedded device programming.