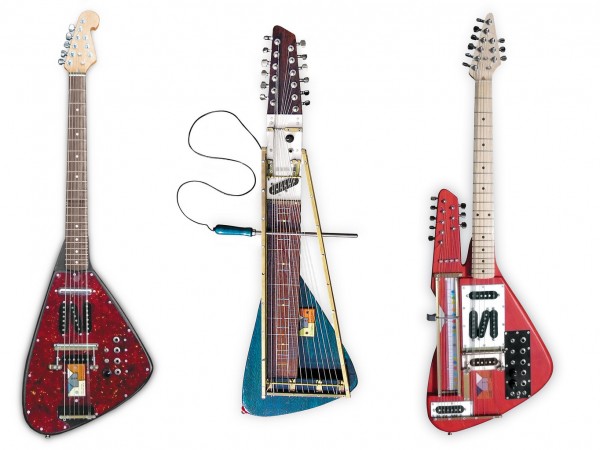 Yuri Landman is an experimental instrument builder and musician. Based on prepared guitar techniques, he built his first instrument in 2001 to solve the inaccuracy of instant preparations. In 2012 Yuri formed the 2-piece band Bismuth with multi-instrumentalist Arnold van de Velde. In the same year he started his infamous Strat Eraser Project to help musicians get rid off their useless gear.

In 2006 he got in contact with the band Liars. Developed over six years of prototyping, he fully realized the Moodswinger for them with commissions from numerous other musicians to follow. Yuri has custom built derivatives for such musical luminaries as Lou Barlow, Sonic Youth, dEUS, The Dodos and many more. Since 2009 Yuri leads practical building workshops — The Home Swinger Project – where people build their own electric instrument, often followed by an afternoon rehearsal on the second day and a 40 minute ensemble performance with multiple Home Swingers, drums, basses, and guitars in the tradition of the Rhys Chatham and Glenn Branca compositions.

Comments Off on Yuri Landman’s Instruments