The SKOR Codex: Preserving Digital Media in Ink on Paper 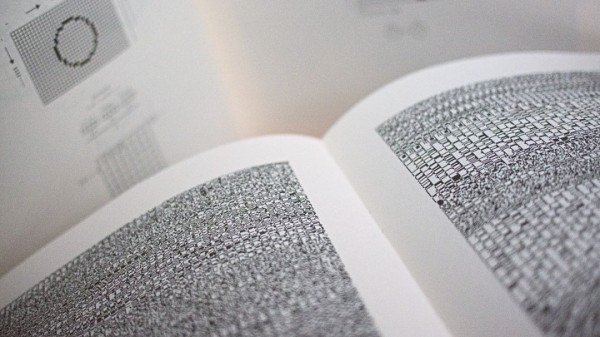 From the press release:

On the chance that someone will be out there, La Société Anonyme has approved the placement of 8 books on 8 locations on Earth. The book, called The SKOR Codex was placed on Thursday (July 12, 2012) aboard the first of eight locations to host the portrait of the diversity of life and culture at the Foundation for Art and Public Domain (SKOR). The 1156 gram book contains greetings from the SKOR staff in 4 languages, samples of artworks from different artists and eras, and field recordings of the SKOR premises. The Codex contains binary information that an advanced technological civilization could convert into diagrams, pictures and sounds, including a message from SKOR managing director Tati Freeke-Suwarganda. 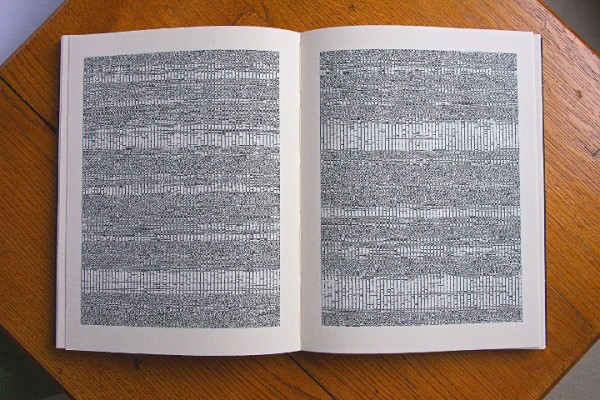 Messages in the record were designed to enable possible decoding by future civilizations who might encounter the book in hundreds of years, hence the integration of some pictures of 21st century SKOR. “The book will be encountered and decoded only if there are advanced civilizations on earth,” said La Société Anonyme. “But, as the beautiful message from managing director Tati Freeke-Suwarganda and web curator Annet Dekker indicate,” Société Anonyme added, “the launching of this ‘bottle’ into the cosmic ‘ocean’ says something very hopeful about art.”

The book is available in PDF form along with more information at the official site of La Société Anonyme.

Filed under: art, code — by jeff

Comments Off on The SKOR Codex: Preserving Digital Media in Ink on Paper