Photos of A Solar Furnace and Wave-Absorbing Chamber 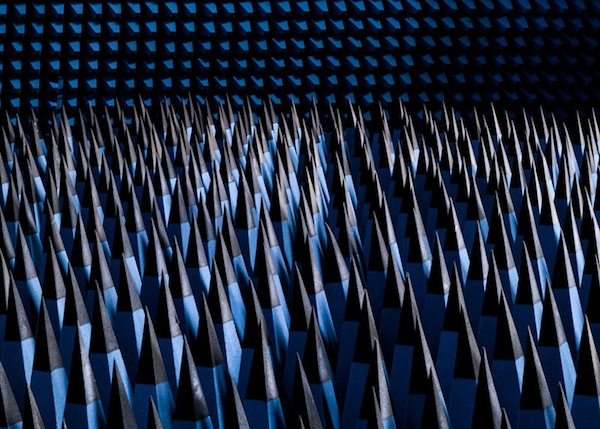 According to Wiper, at the Radio Anechoic Chamber:

The idea is to minimise any reflections of microwaves, and the big foam spikes are filled with carbon and iron to absorb the radio waves. This tests the effectiveness of the antennas without any external intrusion, simulating the conditions of, for example, space. Many of these chambers are blue in colour, and according to Sergey Pivnenko, the professor in charge of the chamber, most of them were black in the old days – then some bright spark noticed that it was a bit depressing to work in a black spiky room all day, so the manufacturers of the spikes started to produce them in blue. 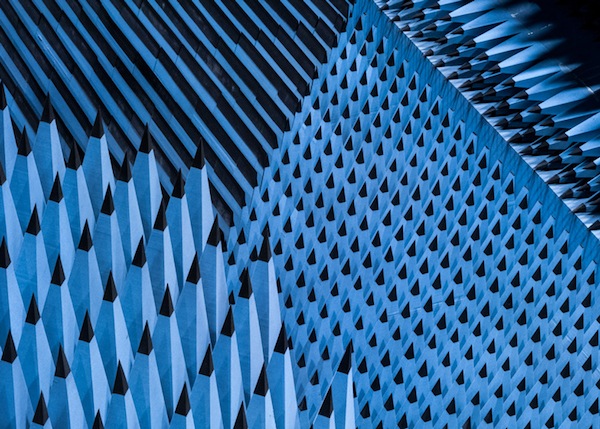 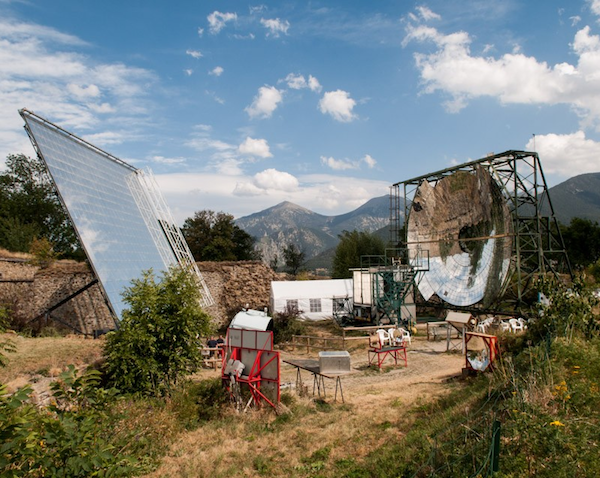 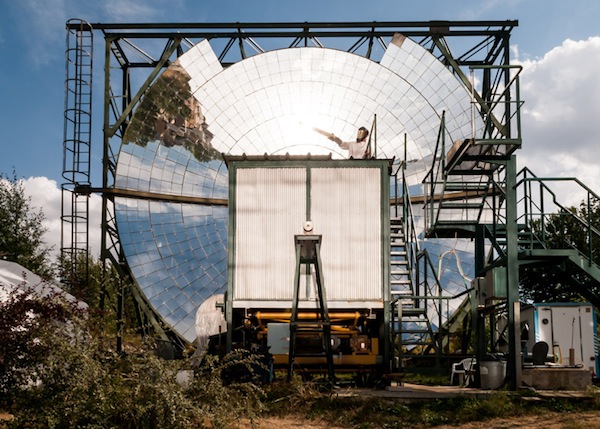 …and Wiper on the Solar Furnace:

The Mont-Louis solar furnace, built in 1949 by Dr. Felix Trombe, is an experimental solar energy facility in the French Pyrenees. It’s the first of its kind in the world, and was the precursor to the incredible, huge solar furnace just down the road at Odeillo (photos to come in a later post). This solar furnace concentrates the power of the sun into a tiny area where objects can be heated to extremely high temperatures; this heat is completely pure because there are no burning substances that can pollute the heat. The furnace was originally designed to test scientific principles and how different materials react to high temperatures, but nowadays it is used to fire clay, and for educational demonstrations. The organisation that owns the furnace now is developing programs to take the technique to tropical countries to create cheap, sustainable energy and ovens. 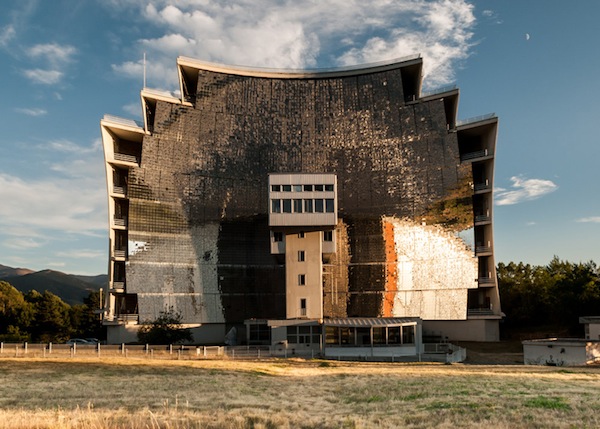 Filed under: photos, science — by molly