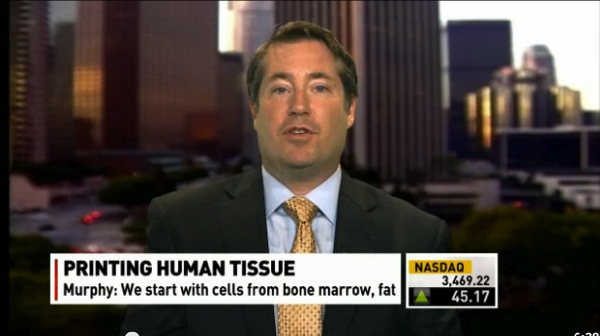 Organovo has announced that they have successfully printed samples of liver cells that are partially behaving like actual liver cells. Via CBCNews:

The company’s researchers used a gel to build three types of liver cells and arranged them into the same kind of three-dimensional cell architecture found in a human liver. Although not fully functional, the 3D cells were able to produce some of the same proteins as an actual liver does and interacted with each other and with compounds introduced into the tissue as they would in the body.

That means biomedical researchers could potentially use the tissue to test drugs or investigate the effect of certain diseases.

Organovo’s researchers are not the first to apply 3D printing to biomedicine. Doctors at the University of Michigan last year used a 3D printer to build a synthetic trachea for a child with a birth defect that had collapsed her airway, and as scientists and engineers get more familiar with the technology its uses will no doubt grow.