With the hoards of MakerBot Customizer items and a huge influx of new users, the Thingiverse is expanding at a more rapid pace than ever before. And they just hit the 100,000th Thing milestone, per the MakerBot blog:

We just marked a major milestone at MakerBot with the 100,000th thing being published to Thingiverse!  We’ve seen quite an explosion of uploaded and published 3D designs to Thingiverse since we launched the Customizer App in January of this year.  Just take a look at how the numbers of available 3D designs on Thingiverse have been rising steadily – from 35,000 items on Thingiverse in January 2013 – before the Customizer was launched – to 60,000 two months ago, and 80,000 a month ago.  And now, 100,000+ things!!  And, downloads are more than 21.1 million!!  That’s a lot of designing and printing of 3D items.  The Next Industrial Revolution has begun. 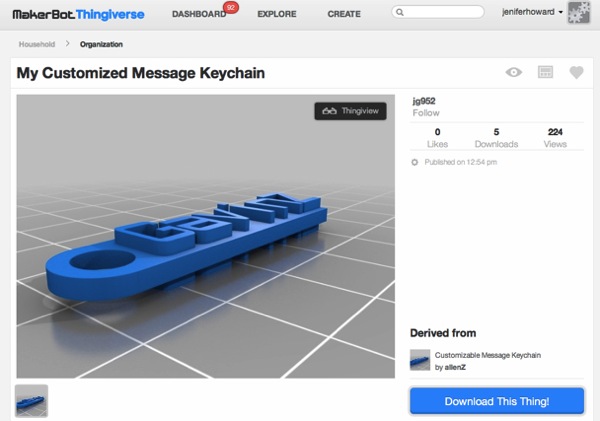 Comments Off on The 100,000th Thing on Thingiverse! #3dthursday