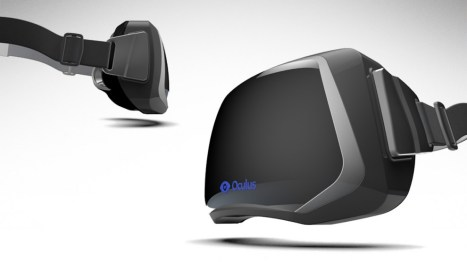 Fresh off the heels of a buzzy turn at gaming conference E3, Oculus Rift has raised its first round of funding, according to several people familiar with the situation.

The Southern California company, which makes virtual reality headsets for gaming, raised $16 million in its first round of outside capital co-led by Spark Capital and Matrix Partners co-led the deal. The round has a $30 million pre-money valuation, people familiar with the matter said. Oculus Rift did not provide a comment for this story. Spark Capital did not return emails.

Oculus Rift first caught attention in September 2012 with its Kickstarter campaign seeking $250,000; it wound up raising $2.4 million. Similar to the company’s crowdfunding campaign, Oculus started raising venture capital with a target of just $5.5 million; the round was oversubscribed and eventually expanded to $16 million.

Gaming industry insiders called the company the “the belle of the ball” at E3 this year. That’s on the back of a nomination for “best hardware of the year” last year. Its product is not yet commercially available and no official release date has been set for the $300 consumer units in sight. The company recently upgraded to HD, and shipped 7,500 to developers looking to build for the platform. Thus far, Team Fortress 2, Museum of the Microstar, Half-Life 2 and Tuscany Razer Hydra are available to play on the headset with a few dozen more titles in development.

Comments Off on Oculus Rift Raises $16 Million in Funding