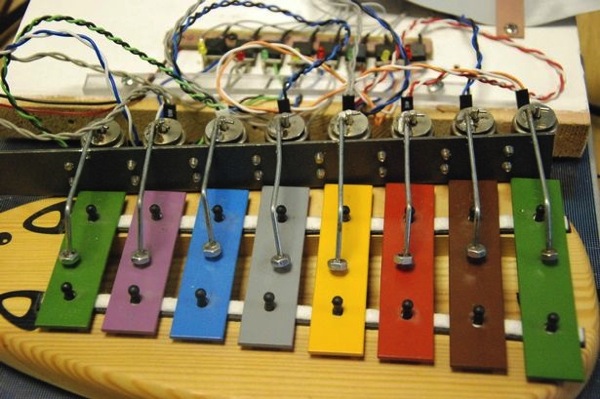 A robotic orchestra made of discarded instruments, a hoover and controlled by two tiny Raspberry Pi computers, will give its first public performance at the Bandstand at Aberystwyth on Saturday 22 June.

Designed and developed by Dave Price and Ian Izett from the Department of Computer Science at Aberystwyth University, the Raspberry Pi orchestra intend to bring some robot rock to Aberystwyth, their repertoire includes traditional Welsh folk tunes such as Ty Crwn (Roundhouse) and recent chart hits including the dance-hit Gangnam Style by South Korean musician Psy.

One of the tiny Raspberry Pi computers is the musician, generating music via a form of computer communication called MIDI, while the other is its conductor, giving digital direction to the unlikely orchestra of instruments.

The orchestra lineup includes a keyboard, a glockenspiel and a pipe organ.

A lecturer of 30 years at Aberystwyth, Dave Price’s interest in computing started in March 1972 and over the decades he has seen computers the size of a bedroom shrink to the size of a credit card with even more power and speed.

Dave also loves instruments – his collection includes string, wind and percussion instruments, some of which he has built, but Dave is no musician, and cannot play any of his instruments, perhaps inspiring to build a robotic orchestra to play them for him.

Ian, the department’s design engineer, joined the University over 20 years ago, having previously been a post office electronics engineer at the London Television Network switching centre.

…Dave says, “There is a huge interest in the small Raspberry Pi, a credit card sized computer, now being manufactured in Sony’s UK factory in Pencoed, South Wales. The founders of the Pi want to ensure that computing is affordable and accessible so that young people can develop their skills in programming and electronics.” 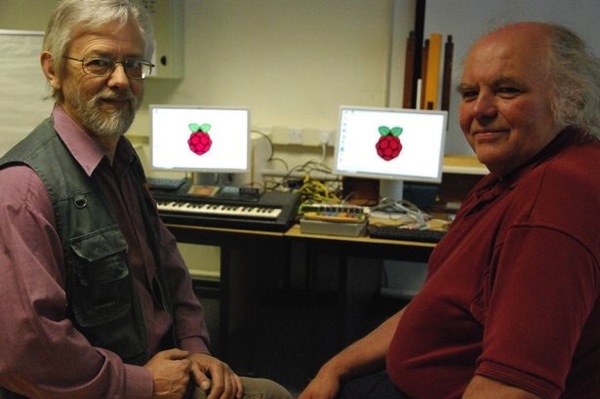 Comments Off on Raspberry Pi Robotic orchestra to bring some robot rock to Aberystwyth, Wales, for their first gig #piday #raspberrypi @Raspberry_Pi