One of the big highlights of the NYCResistor 2013 Interactive Show was the real-world, real-machine
Space Team-inspired collab game called Future Crew. We shared about it before when it was still an idea coming together. Not only was this a technical feat to pull off — rigging up a teletype, a VTR, a toy piano, etc, and get them talking in the same language — but it was tremendously fun, tremendously satisfying to play.

This, from the write up at NYCResistor:

Last month we introduced Future Crew, and at the 2013 Interactive Show we finally unveiled the fully mostly operational game stations. There were five stations in the final design, and in keeping with the show’s “Digital Archaeology” theme, each was built from repurposed ancient hardware. The brains of each console was a Raspberry Pi (to connect to the network and draw OpenGL graphics) and some number of Teensy microcontrollers to interface with the real world. Of course, source is available the for you to build your own Future Crew stations!

Read further to learn more about how each of the component machines functioned, and to see more gameplay shots. 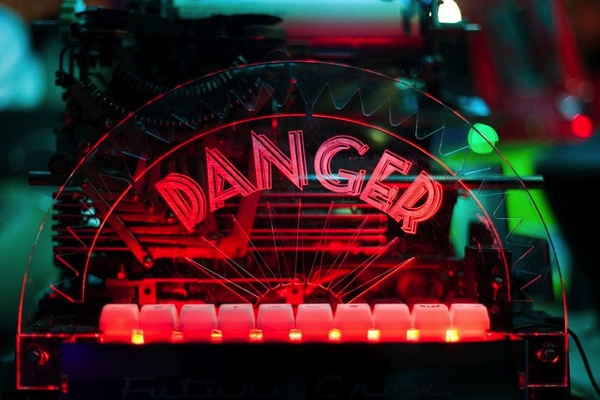 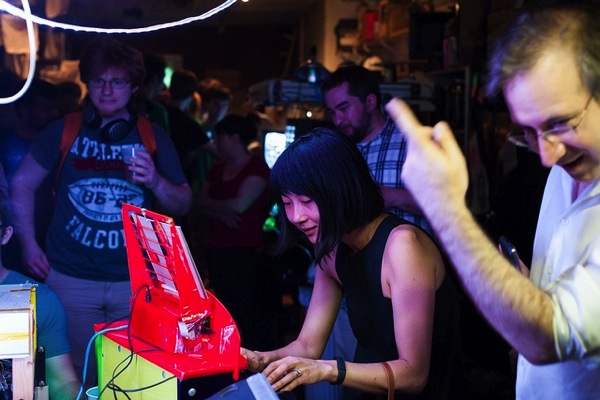 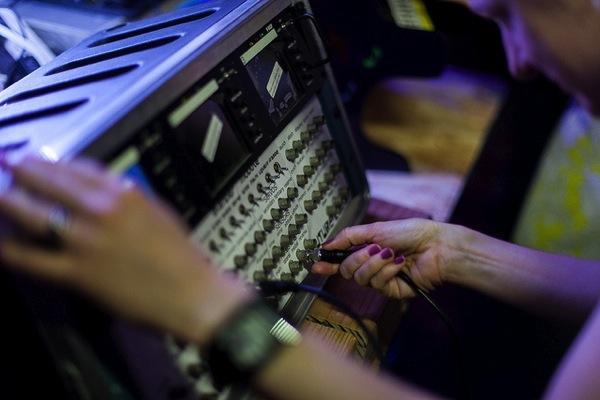