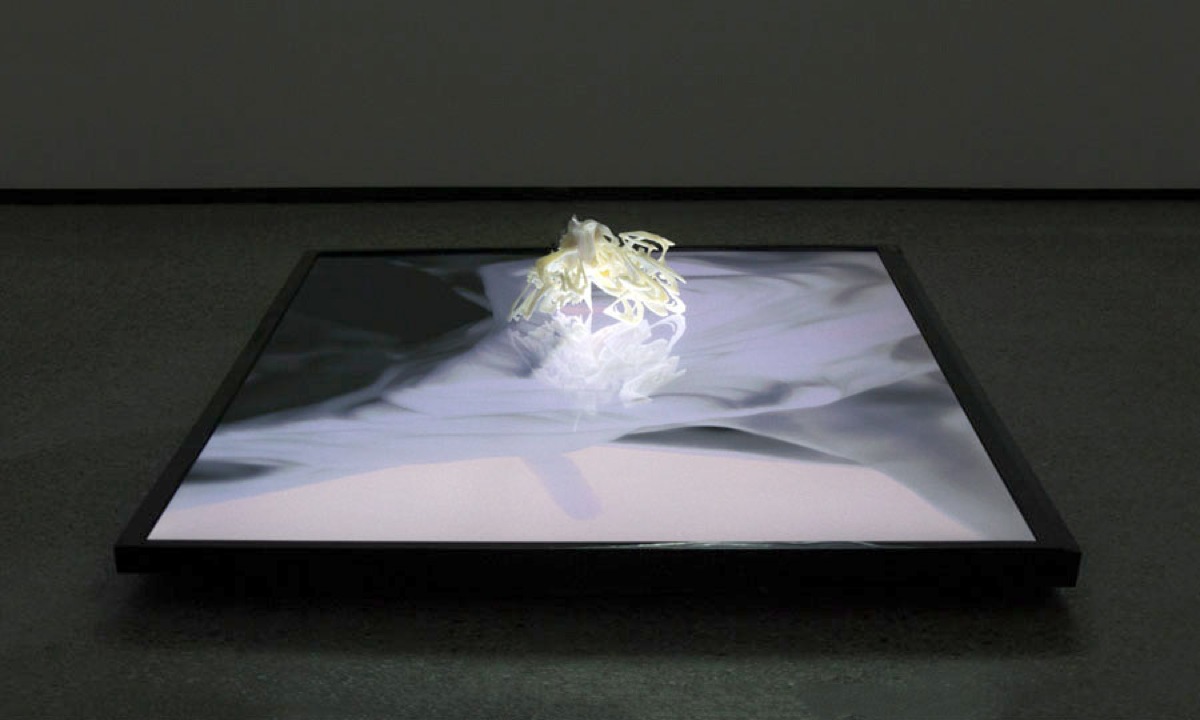 We are at the dawn of a robotics revolution, which has already begun to transform the landscape of manufacturing, reconnaissance, surgery, and modern warfare. But what of the human psyche?
Charon is a physical embodiment of the tension between humans, robotic autonomous agents, and the virtual models which these agents rely on to understand the world. An object was created from the flightpath of an autonomous quadcopter while it interacted with me in a motion tracking lab. Both physical and virtual forces exerted their influence on the drone, creating a two-way boundary crossing between the internal world-model of the drone, and its external physical surroundings. This form can be considered as the shadow of this boundary crossing, fueled by the complex exchange between a sentient human and a robotic proto-lifeform.

Charon is the ferryman on the river styx, the mediator between the physical world and the underworld. In Greek mythology Charon was born from Erebus (darkness) and Nyx (night) who were two of the first five primordial beings to come into existence, created by the source of all existence, Chaos. The name of Charon comes from the Greek word charopós, “of keen gaze”. The drone wirelessly receives its vision and thoughts from an array of cameras and computers which act as an extension of its being. The lab when considered as whole a system is akin a living creature’s biological functions. This system is the flagellum of a global organism just beginning to awaken.

As a civilization, and as a species, we have crossed the river Rubicon into uncharted territories from which we cannot return. These intelligent agents both embodied and disembodied, visible and invisible, physical and virtual, are surveilling, contemplating and evolving among us. The tension between the human, the Technological-Other and the alloself will define the 21st century. How will these entities reach beyond the limits of symbolization, and how will their emotional, psychological, and spiritual frameworks emerge?