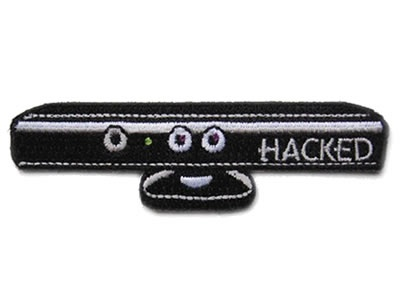 Speaking of the Kinect, here are details about a Microsoft announces $399 Windows developer program for new Kinect, Ars Technica:

For $399, developers will get a new Kinect sensor “as soon as possible” once the program begins in November. This will allow devs to start building applications ahead of the Kinect’s general consumer availability for the PC, which was previously announced for some time in 2014. That might sound like a high price since the $499 Xbox One comes packaged with a Kinect already, but this developer-focused edition also includes support from the Kinect for Windows engineering team, early and private access to the SDKs and APIs, and a final release version of the sensor to go with the “pre-release/alpha sensor” available earlier.

The original Kinect for the Xbox 360 used a standard USB 2.0 hookup that let hackers and tinkerers play around with the device on their computers long before Microsoft officially supported a PC SDK (and even longer before it was available for commercial PC uses). It’s unclear whether the new camera that comes packaged with the Xbox One will be similarly connectable to PCs and other devices through USB out of the box or if this special “Kinect for Windows” version will be necessary for such interoperability. The back of the Xbox One shows an oddly shaped port for the Kinect sensor. That could be a proprietary connection, or it could be similar to the slightly modified USB port that provided extra power to the original Kinect on late-model Xbox 360 units.

In any case, it’s nice to see Microsoft officially supporting non-Xbox uses for the Kinect right out of the gate. Interested developers can apply for one of a limited number of spots until July 31.