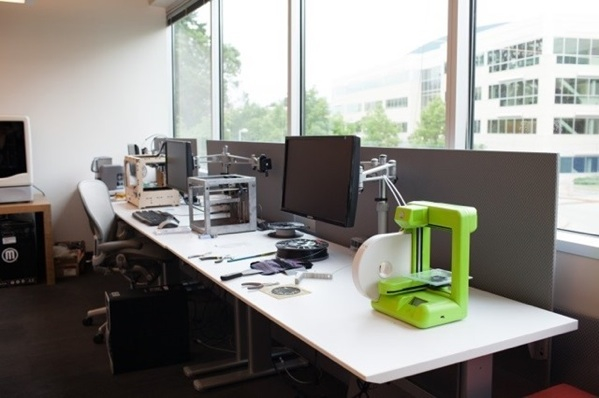 Big news from Microsoft from the New York Times! 3D printer support built into Windows 8.1, tools for 3D scanning with the Kinect, and MakerBot Replicator 2 units to be in certain Microsoft Stores. Microsoft’s Efforts to Simplify Desktop With Windows 8.1 and the Kinect:

[Microsoft] announced that the newest version of the company’s operating system, Windows 8.1, will be the first to include built-in support for 3-D printers.

“It’s going to unlock huge potential for people all over the world,” said Shanen Boettcher, a general manager at Microsoft. Windows 8.1 is expected to be available later this year.

At the moment, however, things are not so easy.

3-D printing requires an array of different software packages, from design software to “slicing” software and separate programs that connect your home computer to each individual printer. All of these steps make getting started with 3-D printing cumbersome. And when any link in the chain breaks down, it can be maddening.

Just as you can plug in any standard paper printer to a desktop computer, Windows 8.1 allows users to plug in printers like the MakerBot Replicator, the Cube, the Fabbster and Up printers, as well as open-source models, to work with Windows straight out of the box.

Microsoft announced the move at its Build developer conference in San Francisco. The company is hoping that native support for 3-D printers will encourage developers to create easier-to-use 3-D printing software, while also taking advantage of the touch-screen capabilities of Windows 8, said Mr. Boettcher.

“It would be great to see virtual potter’s wheels, or block-builder apps,” he said. “I hope there’s a wide range of easy 3-D creation apps that are really optimized for printing objects.”

The 3-D support in Windows is not Microsoft’s only step in positioning itself as a leader in 3-D printing. Microsoft has also begun carrying the MakerBot Replicator, which costs $2,199, in its stores.

And the company’s Kinect motion sensor (originally developed for video games) could bring Microsoft an advantage by filling one of the most challenging issues of 3-D printing: how average people, without design or engineering degrees, can create computer models of complex objects.

In March, the company announced tools to use the Kinect as a kind of 3-D scanner, called Kinect Fusion…. 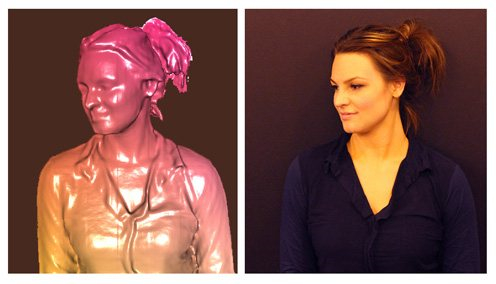 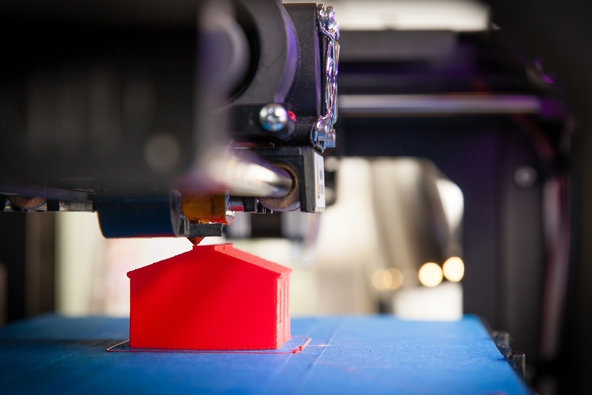