Douglas C. Engelbart, Inventor of the Computer Mouse, Dies at 88 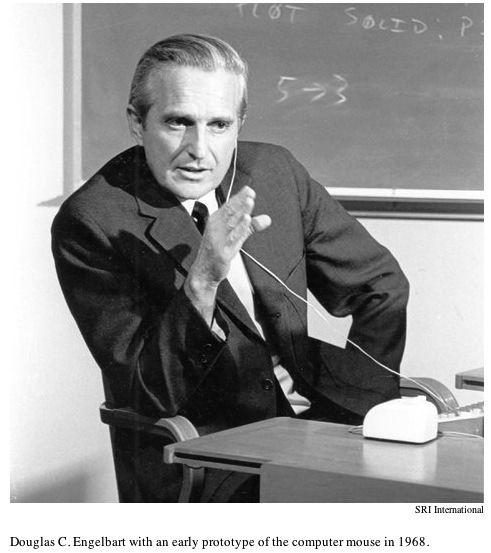 Douglas C. Engelbart, a visionary scientist whose singular epiphany in 1950 about technology’s potential to expand human intelligence led to a host of inventions — among them the computer mouse — that became the basis for both the Internet and the modern personal computer, died on Tuesday at his home in Atherton, Calif. He was 88.

Comments Off on Douglas C. Engelbart, Inventor of the Computer Mouse, Dies at 88