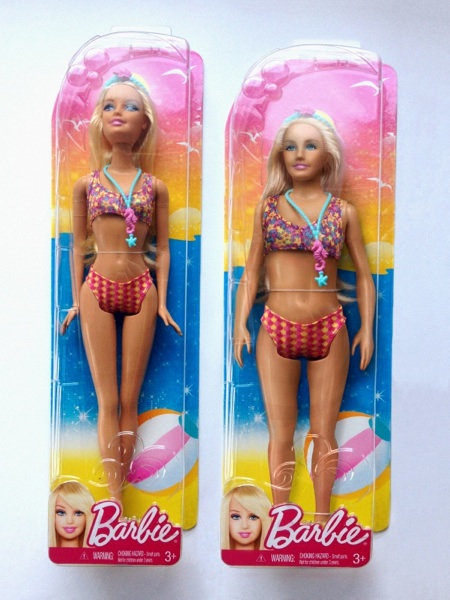 What Barbie would look like if she was a real woman, via 3Ders.org:

Barbie doll has been around for 54 years. For years, the body proportions of Barbie have been criticized for not being realistic. Some argue her body shape would be unobtainable and unsustainable if scaled up to life-size. What would she look like if she is a “real woman”? Illustrator Nickolay Lamm wants to answer this question with a Barbie toy based on what she would look like if she had normal measurements.

Some people say that we shouldn’t pay attention to the body proportions of Barbie because she is just a toy. On the surface, that sounds like a valid argument. But a closer look, through research, suggests that Barbie may lead to the following…

The end result – the white model – is what Barbie would look like if she was a healthy, beautiful, 19 year old woman…. 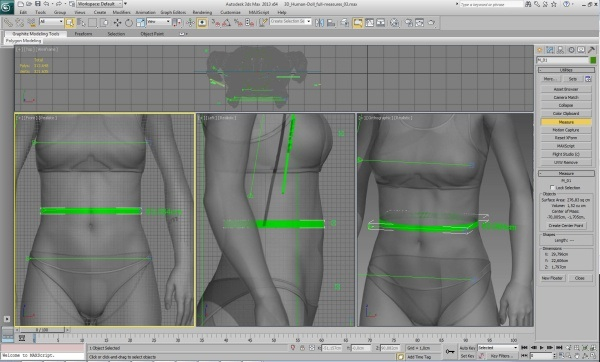 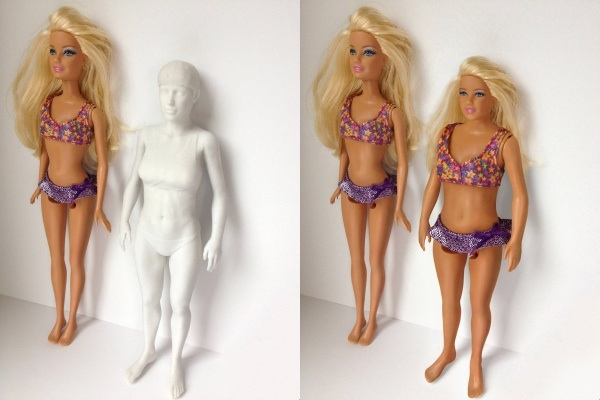