Inside the Electronic Frontier Foundation 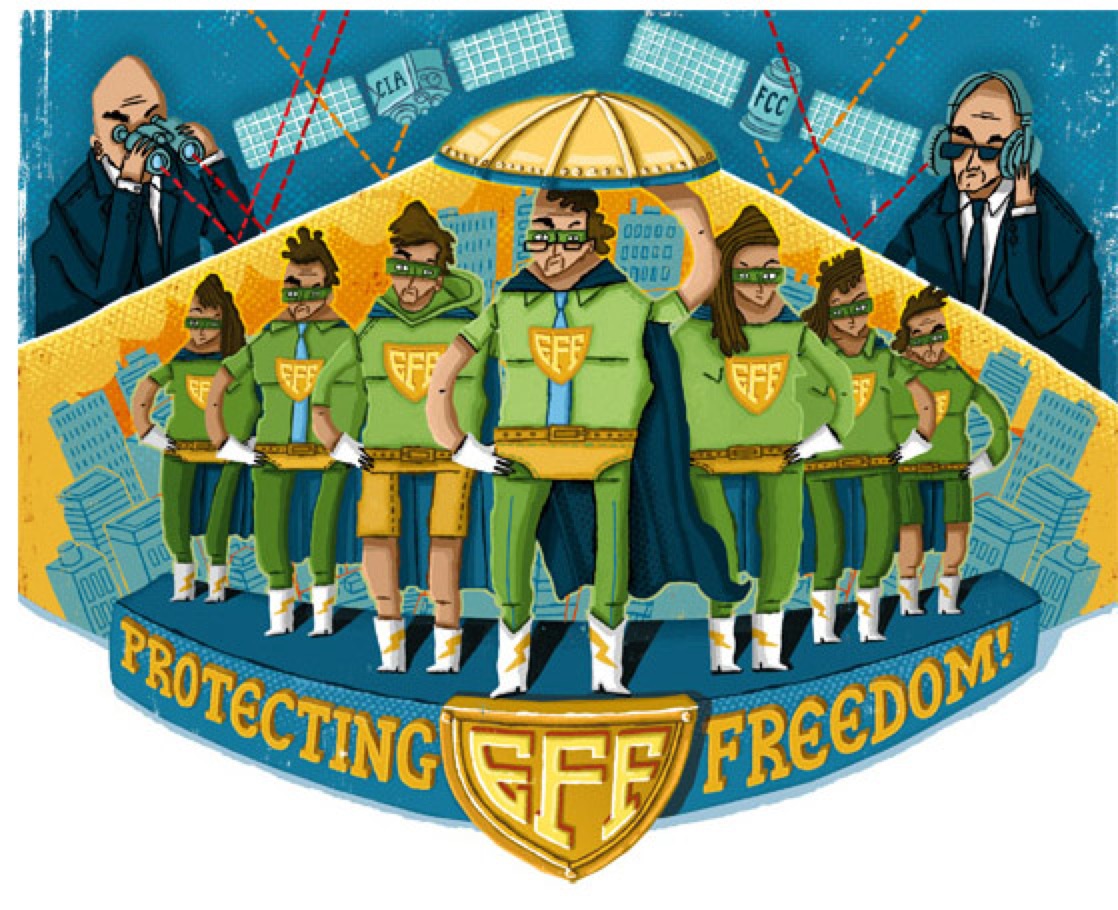 Taking on the United States Secret Service is a pretty risky venture… But that’s exactly what the EFF did, shortly after it was founded in July 1990. The Secret Service had raided a small videogames book publisher, looking for a stolen technical document that might fall into the wrong hands. Ultimately, it found no evidence to press charges, but the publisher ended up facing bankruptcy, after having its computers seized, missing deadlines, and being forced to lay off staff. Worst of all, the Secret Service erased much of the publisher’s valuable data.

A group of civil liberty-aware geeks – who had seen similar instances of rights being trampled on in the growing digital and online world – caught wind of this. So Mitch Kapor (founder of Lotus and later chair of the Mozilla Foundation), John Perry Barlow (former Grateful Dead lyricist), and John Gilmore (an early Sun Microsystems employee) founded the EFF, taking extra funding from Apple co-founder Steve Wozniak. Their first major task was to support the publisher in a lawsuit against the Secret Service.

In the end, the publisher won two of the three counts, $50,000 in damages and $250,000 in attorney’s fees. Most importantly, however, the issue of whether electronic communication deserves the same legal protection as other forms of communication (such as telephone calls) came to the forefront. The court ruled that the Secret Service had no right to access the publisher’s emails without a search warrant that specifically referred to the emails, setting a precedent that remains today.

Filed under: community — by adafruit

Comments Off on Inside the Electronic Frontier Foundation