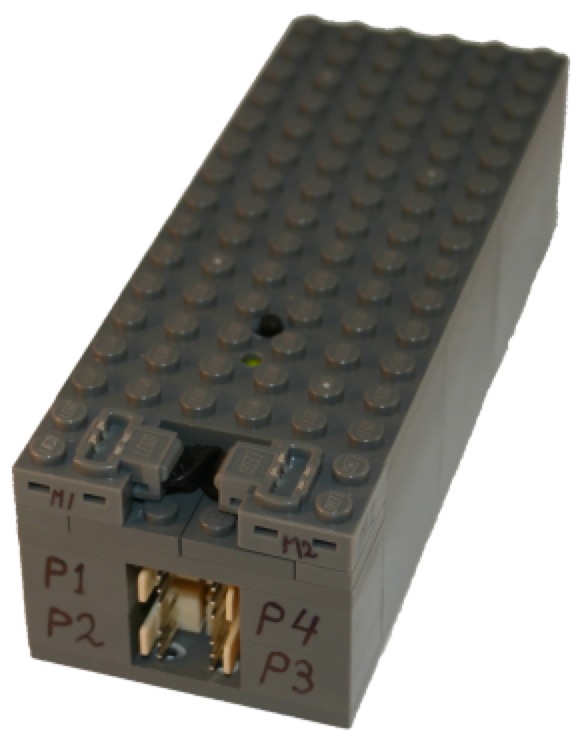 A couple of months ago, my 9 year old son took an interest in my electronics projects. He wanted to do some experimenting of his own, so I gave him a bread board, a couple of leds, resistors, buttons, switches and some batteries. Then I drew him a circuit diagram and explained what it all meant and challenged him to make the leds light up. So, after a while (read about 15 minutes), he proudly showed me his glowing leds. So I drew some more diagrams, did some more explaining and on he went. After a few days he started to draw his own diagrams and building them. Sometimes he failed but a lot of times he succeeded. A few weeks later he said he wanted more…. He also wanted to use those little black thingies (i.e. ATMega’s) I was using.

Unfortunately, that wasn’t as easy and I had to disappoint him at that time. But, an idea was born. I wanted to create a kids friendly micro controller. Something he could create the most amazing things with.