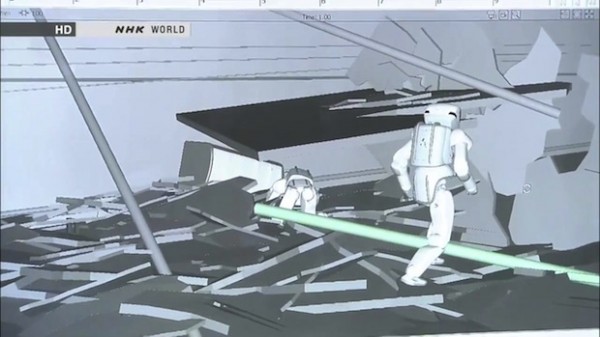 Honda may be planning some upgrades that will allow its renowned ASIMO robot to tackle disaster recovery. From IEEE Spectrum:

Following the March 2011 earthquake and tsunami that crippled Japan’s Fukushima nuclear plant, Honda reportedly received numerous requests to send its humanoid robot ASIMO to help with the recovery. ASIMO, however, wasn’t designed to work outside a lab or office environment, let alone a highly radioactive rubble-strewn zone. Now it looks like Honda is working to address the problem by developing a bigger, beefed-up version of ASIMO that can walk, crawl, and perform tasks in a disaster environment.

After the Fukushima accident, many observers were surprised that Japan, a country known for its advanced robots, wasn’t better prepared and had to rely on U.S. robots instead. In the months that followed, Japanese government agencies and companies got to work to develop capable disaster-response robots. Honda, in particular, developed a tracked vehicle called High-Access Survey Robot, in collaboration with Japanese R&D lab AIST. But it seems the company has something even more interesting in the works.

In a documentary titled “Robot Revolution” that aired earlier this year, Japan’s broadcasting company NHK got the inside scoop that Honda is developing a new humanoid specifically for disaster response. From the footage, which shows the robot only as a computer rendering, it appears that the new humanoid will be able to negotiate the wreckage inside a reactor building and operate things like water valves.

Filed under: robotics — by johngineer

Comments Off on Honda Reportedly Planning Disaster-Recovery Upgrades for ASIMO