Intel Corporation was born 45 years ago this week in Mountain View, California, by Gordon E. Moore, Robert Noyce and Arthur Rock. Intel started out as a manufacturer of semiconductors but within a year of its founding had developed SRAM that was twice as fast as their next competitor.  By the 1980s they dominated the DRAM (used in personal computing) market and have followed the shifting states of computer technology (with various ups and downs) to the most recent shift to solid state drives since 2008. 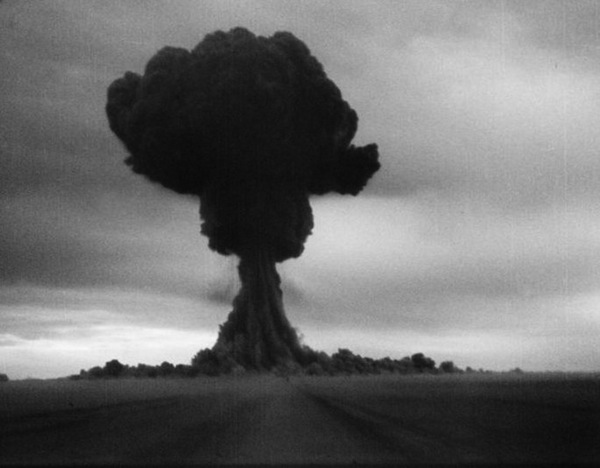 Happy Birthday, Trinity. The first test-run of the atomic bomb was on July 16, 1945 at Los Alamos National Laboratory in New Mexico.

French gardener Joseph Monier filed for a patent for reinforced concrete 167 years ago today. He began tinkering with concrete reinforced with steel when he found he could not find suitably sturdy flowerpots for his garden and began to make concrete with mesh embedded inside. He exhibited his inventions at the International Exposition of 1867 in Paris and received his patent the same year. The first structure to be built entirely of reinforced concrete (including the roof!) and was a mansion completed in 1875 in Rye Brook, New York, built with concrete because of its owner’s fear of fire.  Monier went on to patent uses for his invention in pipes, columns, beams, bridges and buildings.  And hence the concrete jungle that is the modern city as we know it.