How a Shipyard Worker Hammered Artillery Shells into Art 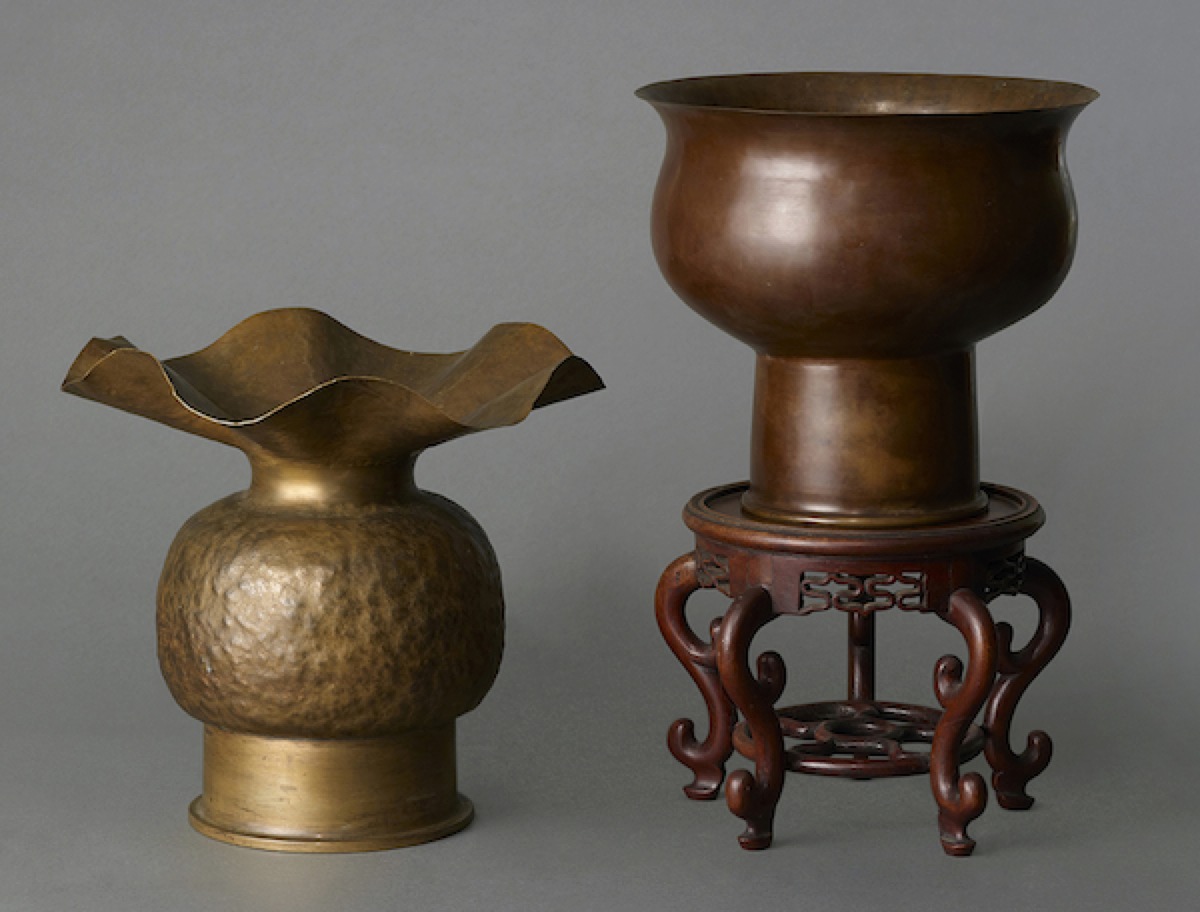 By day, van Erp fabricated utilitarian pieces for the Navy, capitalizing on the skills he learned in the old country. But in his spare time, van Erp began hammering decorative vases out of spent artillery shell casings, which still bore the names of their manufacturers (“Winchester Repeating Arms Co.,” “UMC Co.,” etc.) on their bases. “He started off making those as his hobby,” says Gus Bostrom, who first became intrigued with van Erp as a pre-teenager. Since then, Bostrom has spent much of his life filling in the cracks of van Erp’s often incomplete history, using his shop, California Historical Design, in Berkeley, California, as a base of operations. “There was probably an area or department at the shipyard where he’d just pick them out of a bin and pay for them based on their scrap value.”