British-based artist Ryan Jordan built amplifiers and instruments out of rocks, and then spread the geological-musical gospel to workshops across workshops, via BLDGBLOG. 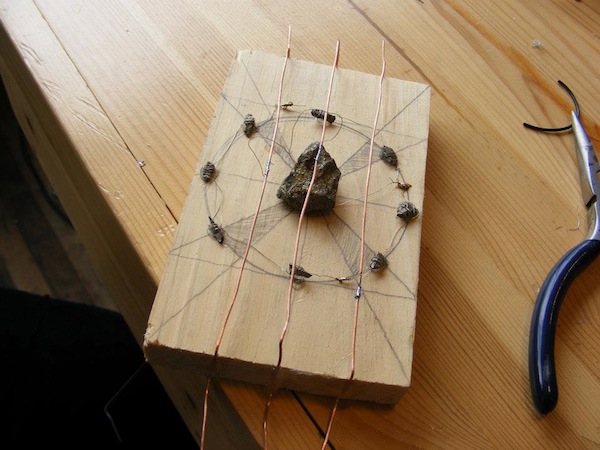 His project was inspired on New Zealander Robert Adam’s 1933 Crystal Amplifier, a antecedent to the modern transistor, a now fundamental part of modern electronics.  The design is pictured below: 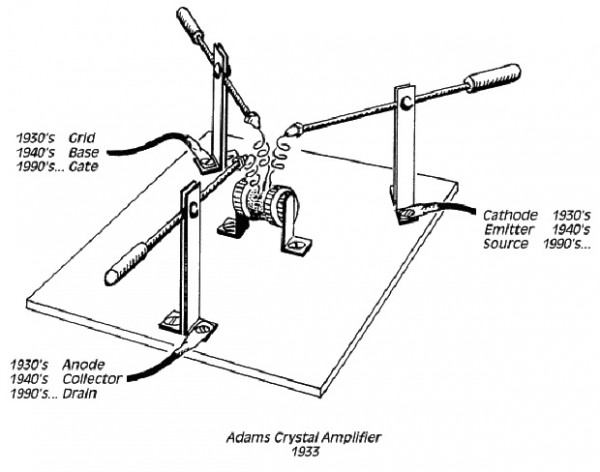 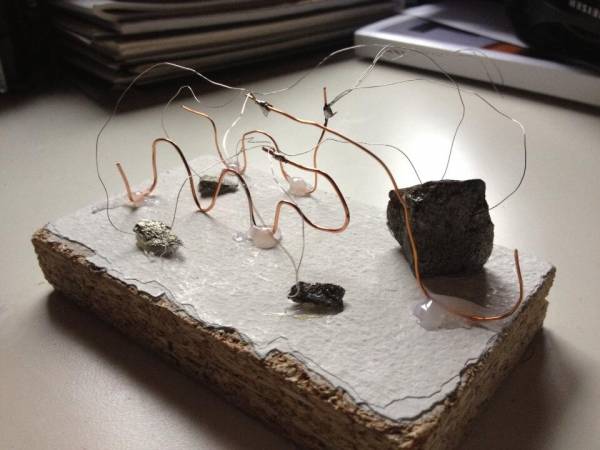 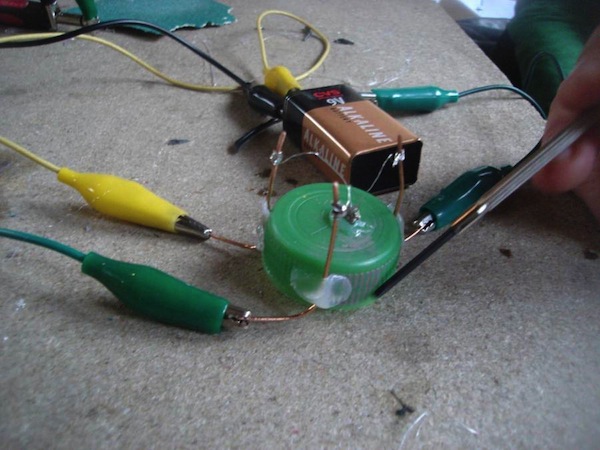 The dark Earth opens its sulfide veins allowing for the human extraction of its metallurgic blood. Chalcopyrite, Malachite, and Germanium spew forth, harvested and returned to the alchemists. Divided into occult movements of the future politics of the dark Earth they are crudely processed into communication devices aiding with retro-death-telegraphy and hylozoistic neural computation.

Electricity is reinstated by means of the dark Earth flesh drenched in its acidic mucus. The signal is sent directly to the hylozoistic neural computation unit, a crudely built circuit constructed with Chalcopyrite modelling the Axon hillock area of the human neuron. The signal is now at the level of internal mineral solutions performing ionic transfers causing electrical lightening storms shooting through cells. Axon hillock is firing like a spasmodic machine gun spewing out incandescent howls and screams of white noise automatically reloading the onslaught continues as possession trance is manifest. The Germanium pinned down by sharp copper spikes scratches at the walls between the dark Earth and the afterlife hoping for two-way trans-dimensional communication. Believe you are possessed by a god or deity. Something other has entered you, nonhuman. It is the nonhuman we are now in communion with. 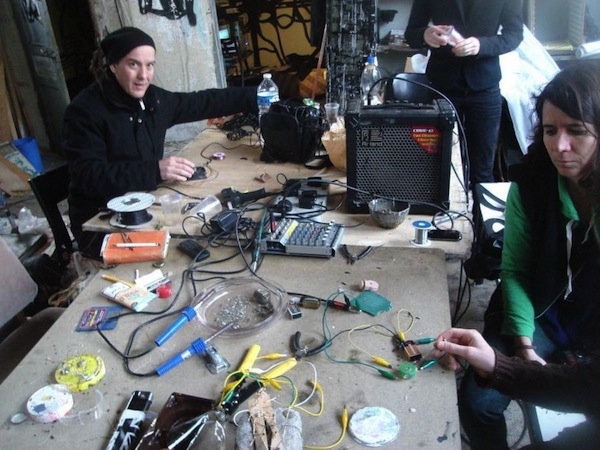 Filed under: art, design and architecture, music, science — by molly