Here is a recent project by Japanese artist Aki Inomata that appears to take up the challenge issued by artist Miles Lightwood “TeamTeamUSA”‘s 2011 Project Shellter: can we 3D print shells for hermit crabs to live in? Inomata pushes the shell design even further — check out details and photographs below:

This project was designed to show at the exhibition, “memento vivere/memento phantasma”, held at the French Embassy in Japan.

In accordance with the relocation of the French Embassy, some buildings of former government offices would be demolished. This land which had been part of France became part of Japan last year, and then 50 years later will be France again.

Inspired by the fact that the land in the middle of Tokyo suddenly and peacefully changed its nationality and the hermit crab’s fascinating habit of moving from one shell to another, I prepared shelters Tokyo house-style and shelters a la Paris appartement for the hermit crabs.
I hoped they liked my shelters and moved into them.

Meanwhile I also tried flower shaped shelters (hermit crab living inside a flower!)
and ones with moose antlers and some others all inspired by the concept of “identity transfer”, the theme throught this project.

Hermit crabs are selective in choosing their shelters.

Therefore, I decided to CT scan and capture the detailed 3D images of the unoccupied sesashell which one of my hermit crabs had abandoned.
Based on those images, I modified and slightly enlarged them with a 3D modeling software, and then produced several types of shelters with a rapid prototyping system. Finallly I gave those shelters to my hermit crabs.

It was their turn to choose their shelters. 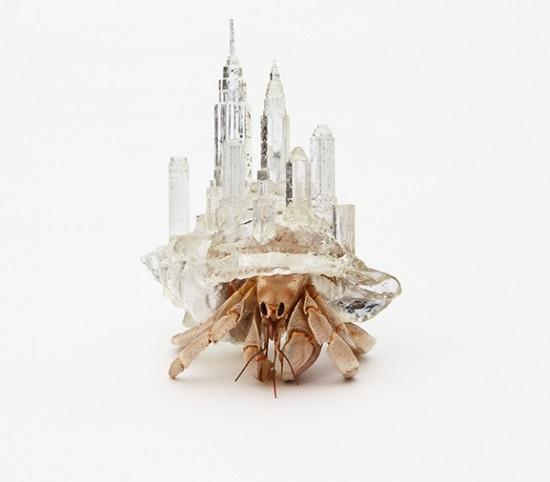 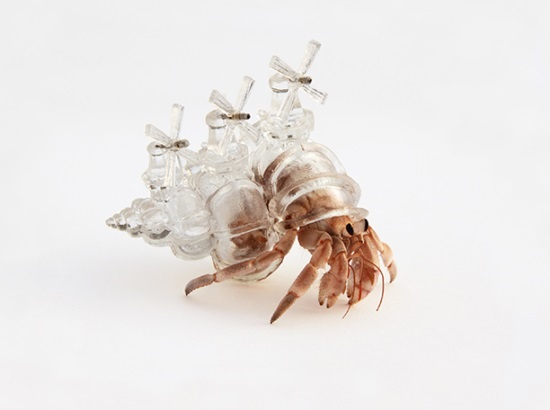 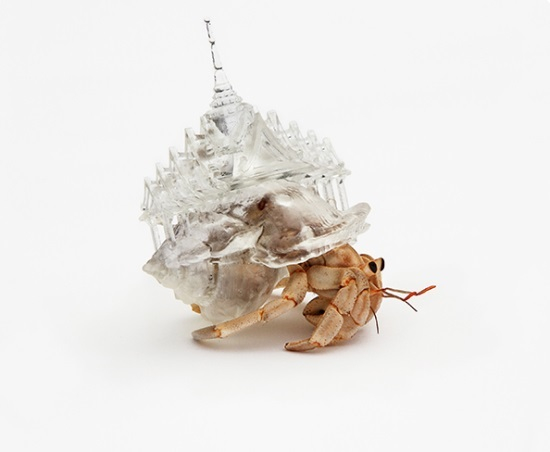