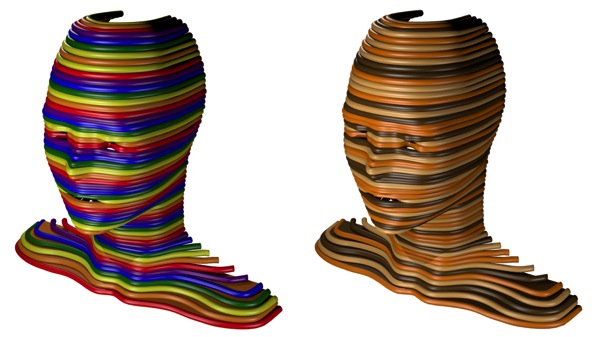 I was inspired by Gil Bruvel’s metal sculptures.

I started with the following face mesh by KungFuMasterPS. I then used Blender’s subsurf modifier on a plane to get the following projected version of the face shape. I then took the horizontal mesh edges and converted them to curves. Each curve was then filled with a cylinder. To make the model stand on a flat surface, I added several solid layers at the bottom.

Since I’m going to print the model in sandstone, I could play with various color schemes. I think these could be good enough to print at this stage. But the design still requires more detailed work.

The next phase of the design is to make half of the face consist of vertical cylinders. I took the original face mesh and used the Blender knife tool to cut vertical edge paths out of the shape. Each path was converted to a curve and solidified to a cylinder. The curve was then converted to a mesh and smoothed with a subsurf modifier…. 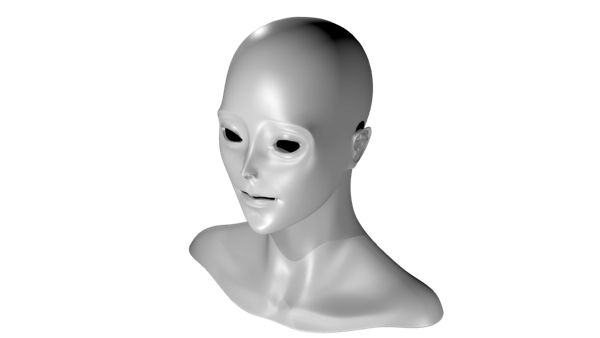 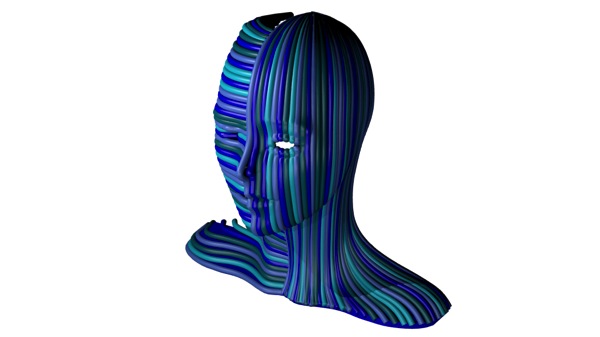 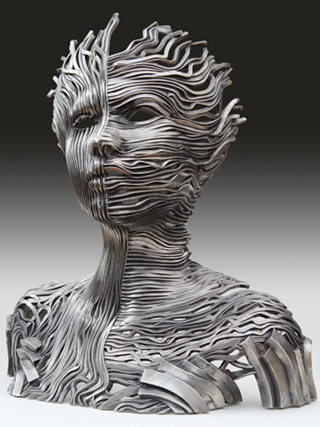