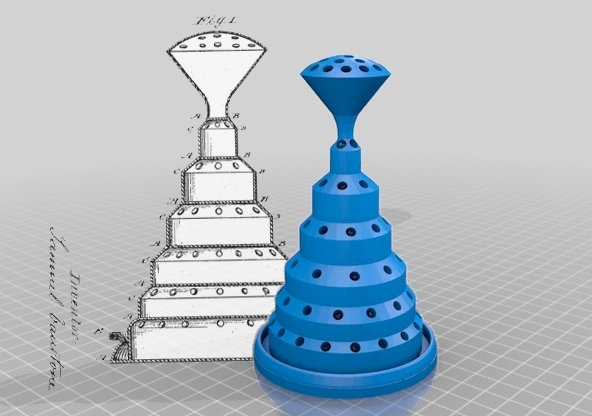 Check out this excellent profile by New York Times writer Amy O’Leary featuring patent lawyer Martin Galese — who happens to be a talented Thingiverse designer (frosty) and 3D printing enthusiast. (Amy has a great collection of his patent projects here on Thingiverse.) Here’s a short snippet of the longer digital edition of the print article that ran earlier this week in the New York Times — it is a pleasure reading a piece about 3D printing AND the patent system that brings to both topics an engaging, high level of discourse.

Martin Galese, a 31-year-old lawyer in New York, is resurrecting bits and pieces of bygone eras, thing by thing.

Not unlike the fictional scientists of “Jurassic Park,” Mr. Galese scours the patent office’s archives for the “design DNA” of antique inventions, then reinterprets them as design files for today’s 3-D printers. He has posted more than a dozen of these forgotten inventions on his blog as well as the 3-D printing design library, Thingiverse, for anyone to make today.

“If you look at the figures in older patents, the 19th century patents are really beautiful. They’re really works of art,” said Mr. Galese who finds these early engravings much more beguiling than modern software schematics he has worked with as a patent lawyer.

One favorite is an 1875 pot scraper, with elegant lines and a humble utility that was trumpeted in the words of its inventor, who declared:

“To all whom it may concern: Be it known that I, URIAS CRAMER, of New Philadelphia, in the county of Tuscarawas and State of Ohio, have invented certain new and useful Improvements in Pot-Scrapers.”

The scraper’s patent application breathlessly described how it could scour both curved and straight-sided pots of nearly any radius, and was illustrated with several carefully hand-cut images, which Mr. Galese reproduced as a 3-D model:

This design for a pot-scraper was originally patented by Urias Cramer in 1875 and updated for 3-D printers today by Martin Galese.

But why go to all the trouble of reproducing the past in painstaking detail? Why rebuild every curve and vector wrought by Urias Cramer in cast iron in the 1870s?

“You’re holding the 19th century by way of something that was produced in the 21st century,” said Mr. Galese, who finds in these objects a tangible link to the past. He’s also made a chopstick holder from the 1960s and a portable chess set from the 1940s.

Today, he said, the patent system has a bad rap. Many people see it as a fount of endless intellectual property wars between tech firms, or fuel for thuggish, “patent trolls,” ready to exploit the system’s protections for cash.

After working as an attorney in patent litigation cases, Mr. Galese said he wishes more people saw the patent archives as a rich repository, flush with freely available designs. He sometimes refers to the patent office’s archives as the “original Thingiverse,” comparing it to the rapidly growing online library of design files shared by 3-D printing hobbyists today…. 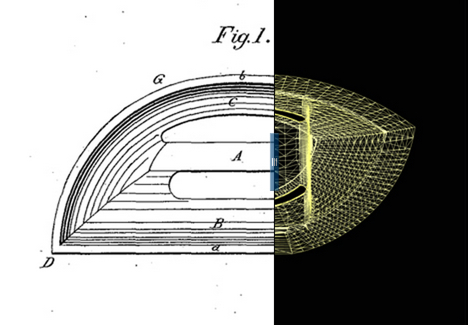