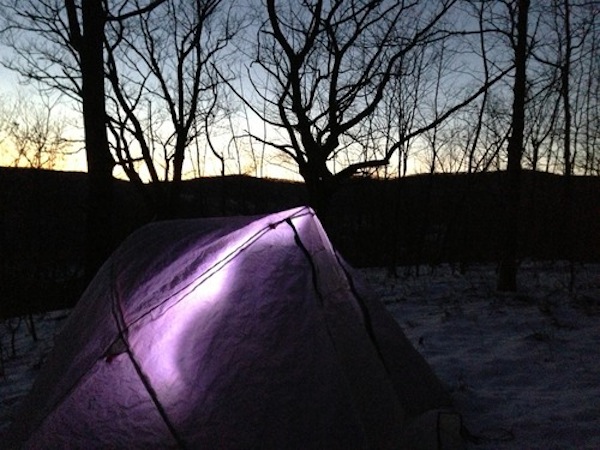 Craig Cannon, a camping and arduino enthusiast, created Tentduino, this simple in-tent weather predictor by hooking up some of our LEDs to an arduino and a barometer. We liked the outdoor applications and simple layout:

Tentduino is an add-on I made for my tent to indicate oncoming weather patterns. Basically, it’s an Arduino Uno attached to a barometer that sends information to an LED strip. The LEDs glow variations of red or blue depending on the amount of change in barometric pressure since the Arduino was turned on—red for a negative pressure change and blue for a positive change. The color’s brightness indicates the amount of change, i.e. a bright red means a large negative drop. 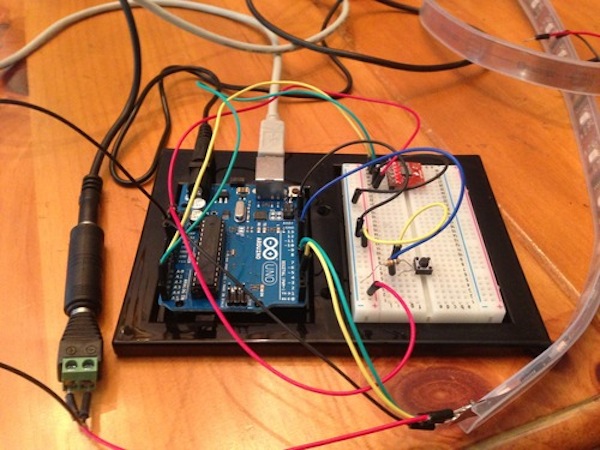 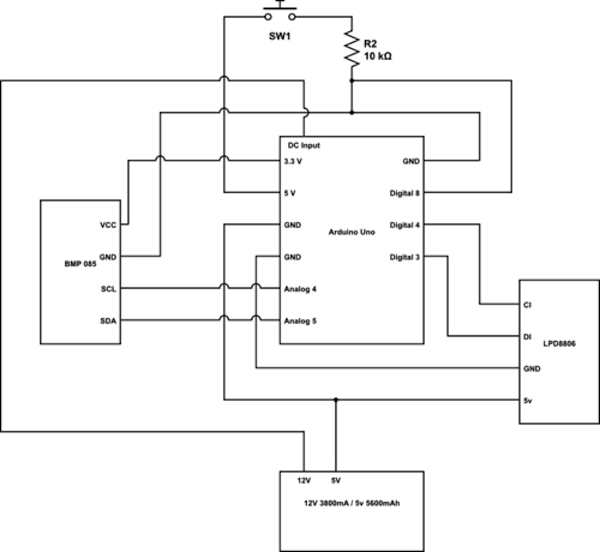