NASA says it plans to launch the first 3D printer into space in June 2014. But how do they 3D print objects in a zero gravity environment?

NASA released a video today that shows off how its Zero Gravity 3D printer will “enable Star Trek replication right there on the spot.”

Along with manufacturer Made in Space, the space agency has been developing a zero-gravity printing model for the International Space Station.

The 3D Print Experiment performed well during microgravity flight tests this summer, and Made in Space announced on Aug.7 that the company’s 3D printer has also passed a battery of tests at NASA’s Marshall Space Flight Center in Huntsville, Ala., confirming that the machine can survive the rigors of launch and function in a microgravity environment.

The printer will be used to manufacture small spare parts and tools. NASA will preload the blueprints for those parts onto the 3D printer, so astronauts may be able to “make things we’ve thought of that could be useful”, says astronaut Timothy “TJ” Creamer. Additional layouts can be uploaded from Earth anytime later.

The goal of 3D printing is to take this capability to microgravity for use on the International Space Station. In space, whatever astronauts have available on orbit is what they have to use – but just like on Earth, parts break or get lost. When that happens, there’s a wait for replacement parts, or the need to have multiple spares that have to be launched. The ability to conduct 3-D printing in space could change all of that. 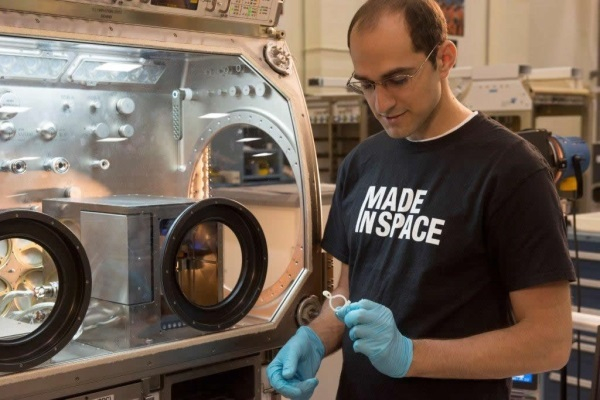