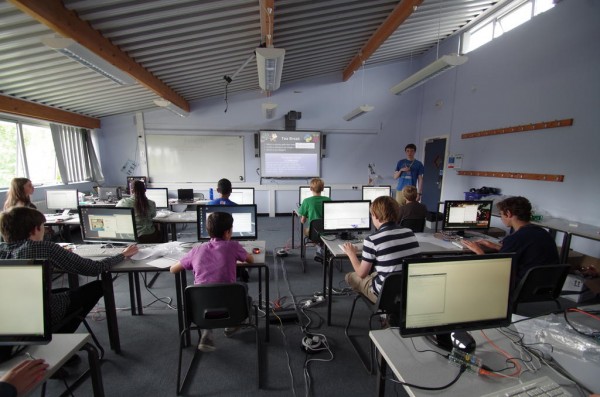 So the past two weeks has seen me attending Techcamp 2013 held at at Sparsholt college just outside Winchester. I was the lead tutor for their Raspberry Pi course. And now, a few days later I’ve finally had enough sleep to type this up 😉

Techcamp is run by Tom Ward, an Electrical Engineer who previously worked as Head of Science at Elstree School, Berkshire. Tom believes that young people should have ever opportunity to enjoy a summer camp from a technical perspective as opposed to those other summer camps where you play sports, etc… (Although Laser Tag is an active outdoor sport played here!)

A few months ago Tom was looking for some Raspberry Pi people and I replied to his posting and before I knew it, was in the system… Young people (8 to 17 year old!) attending the camp had to pick 2 courses to do over the week. The camp ran for two weeks and a very small number of young people stayed for both weeks, (attending 4 courses), but the majority were one week only.

Helping me with the Raspberry Pi class was Andrew Mulholland who flew over from N. Ireland for the fortnight.

The young people are split into day and residential “campers” and the residential ones arrive on the Sunday afternoon… So evening activities are arranged, to encourage people to get to know each other. 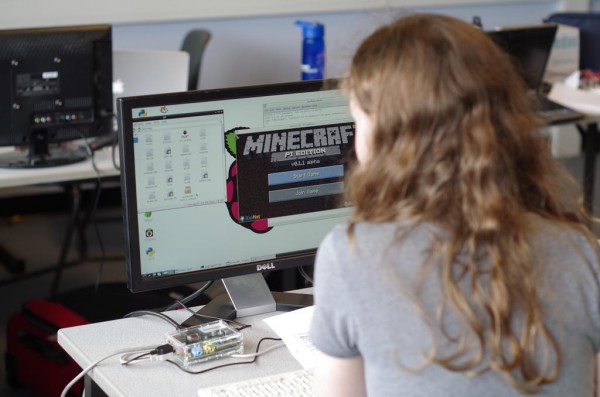