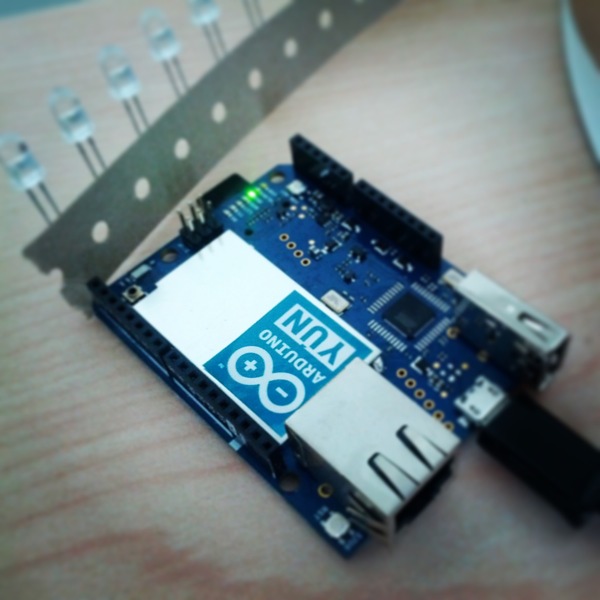 The Yún is unique in the Arduino lineup, as it has a lightweight Linux distribution to complement the traditional microcontroller interface. It also has WiFi and Ethernet connections on board, enabling it to communicate with networks out of the box. The Yún’s Linux and Arduino processors communicate through the Bridge library, allowing Arduino sketches to send commands to the command line interface of Linux.

Massimo and Ladyada talk about the Yún on Ask an engineer – it’s also the first Arduino that is not made in Italy! 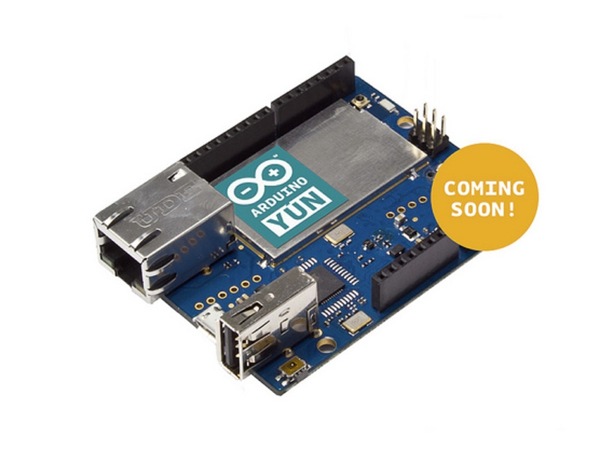 Coming soon! Arduino YÚN. Arduino YÚN is the first member of a new groundbreaking line of wifi products combining the power Linux with ease of use of Arduino. The first Arduino YÚN is the combination of a classic Arduino Leonardo (based on the Atmega32U4 processor) with a Wifi system-ona-chip running Linino (a MIPS GNU/Linux based on OpenWRT). We embedded the Linux machine directly on the PCB of the Arduino Leonardo and we connected the two so that from Arduino it’s very easy to run commands on the Linux side and use it as an Ethernet and Wifi interface.

This is the sign up page only, you’ll get an email once they’re in stock – we’ll have the pricing and ETA soon.