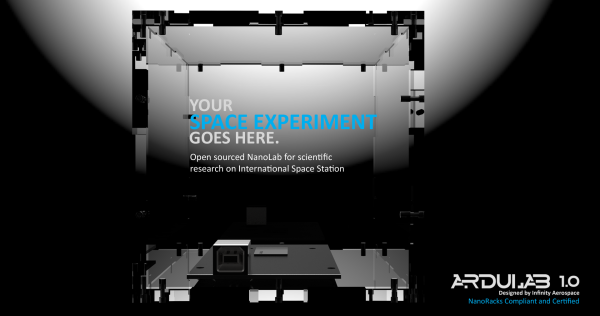 The ArduLab – powered by Atmel’s versatile ATMega 2560 microcontroller – is a highly capable experimentation platform ready for space right out of the box. Designed by Infinity Aerospace, ArduLab can be programmed just like an Arduino.

The next ArduLab launch is scheduled for September 15, 2013. Although this particular mission is headed to the International Space Station (ISS) on an Antares Rocket/Cygnus spacecraft developed by the Orbital Sciences Corporation, the ArduLab is fully capable of operating on a number of suborbital launch vehicles and parabolic aircraft.

Filed under: arduino — by Margery Conner

Comments Off on ArduLab: An open-source, Arduino-compatible space lab