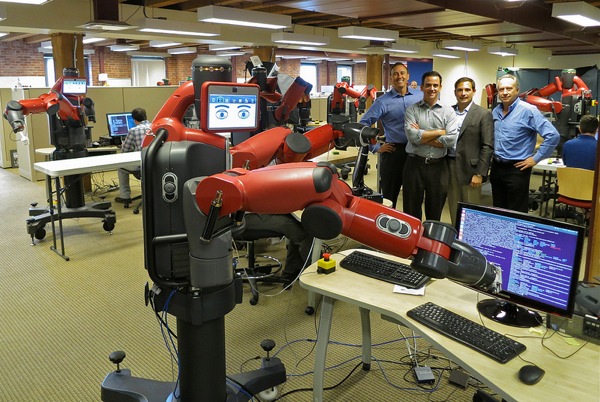 Caught Coding with Rodney Brooks, founder of Rethink Robotics, and my partners Andreas and Josh.

I learned a cool historical detail about the Rethink Robotics’ HQ in Boston; it was the site of the early experiments in using electricity for manufacturing automation. There is a huge brick smoke stack outside, which was originally used to generate electricity for the buildings, and was characterized as having 16,000 light bulbs of output. Then they had the new thought that perhaps this electricity could be used for something other than lighting. And the Industrial Revolution in America began.

Comments Off on “Caught Coding”