A Tour of the Arduino Factory in Turin, Italy

The designboom people were lucky enough to head over to Turin, Italy (just while Adafruit was up in Boston for the Open Source Hardware Summit, running into Massimo Banzi) for a tour of the original Arduino factory. Check out their beautiful photography of both the people and places behind your favorite little single-board microcontroller.

They also were able to visit system elettronica, the Strambino, Italy based manufacturer that produces the many pcbs that form the base of the Arduinos:

system elettronica not only produces arduino’s PCBs but also the control circuits for the machines it uses to do so, which the factory owner makes blue to match arduino boards’ unusual hue. at system elettronica, the first step in the creation of an arduino board is a machine that punches out holes on sheets of copper vetrite, stamping out the spaces that will house the microchip and other electronic components, as well as those that will eventually permit makers to connect all kinds of sensors, screens, and input devices. here in strambino, apruzzese estimates, they punch about 2 million holes each day for their line of arduino production alone. 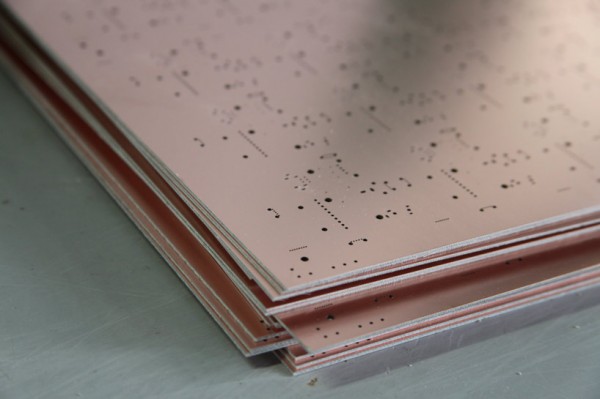 on a small screen mounted to the right of the unit, a grayscale image not unlike what one would expect to see under a microscope is being constantly adjusted and overlain with green and red rectangles. this, it turns out, is the view from the camera housed within the mechanical head, and it is searching for indicative markings on the PCB that it algorithmically matches to its map of component placement, as well as scanning its own activity to ensure the successful picking up and placement of parts from the reels.

Filed under: arduino, manufacturing — by molly

Comments Off on A Tour of the Arduino Factory in Turin, Italy