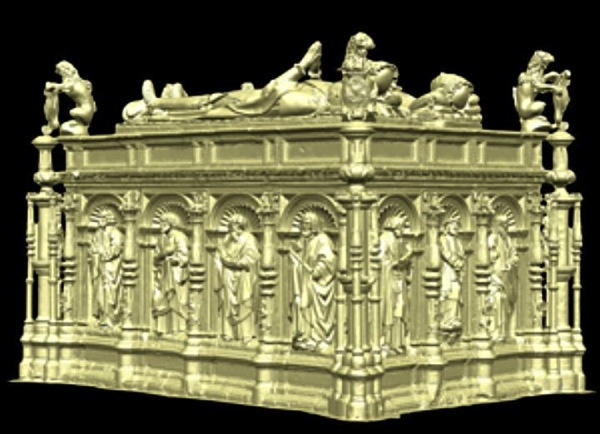 The experts have studied two tomb monuments which originally were intended to stand in Thetford Priory, Norfolk, in an exhibition at the Ancient House Museum, Thetford, Norfolk, from 7 September 2013 to 29 March 2014.

The elaborate tombs were planned by Thomas Howard, 3rd Duke of Norfolk – one for himself, and another for Henry VIII’s illegitimate son, Henry Fitzroy, Duke of Richmond.

The tombs were not complete when the priory was dissolved in 1540.  Some parts of the monuments were salvaged and later finished off in a different style and with different materials, in St Michael’s Church, Framlingham, Suffolk.

Other parts were abandoned in the ruins of the priory and were discovered by excavators centuries later: those parts are now scattered in various museums – including the British Museum – and stores.

The researchers have now brought together all these pieces, and used drawings in 16th century manuscripts, 3D laser scanning and 3D prints to recreate the monuments as they were originally intended.

… “Using 3D laser scanning and 3D prints, we have – virtually – dismantled the monuments at Framlingham and recombined them with the parts left at Thetford in 1540, to try to reconstruct the monuments as they were first intended, in a mixture of the virtual and the real…. 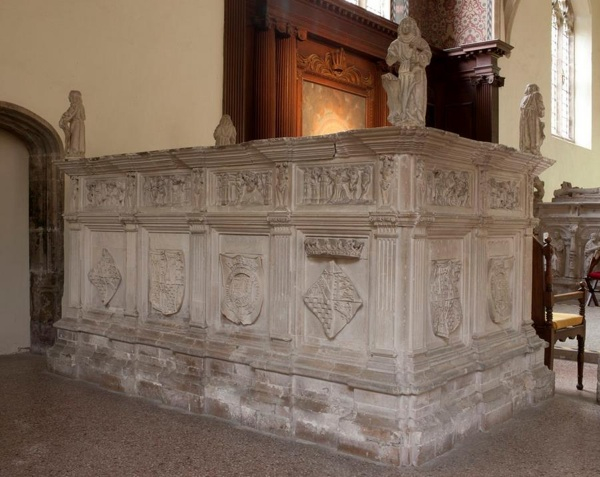